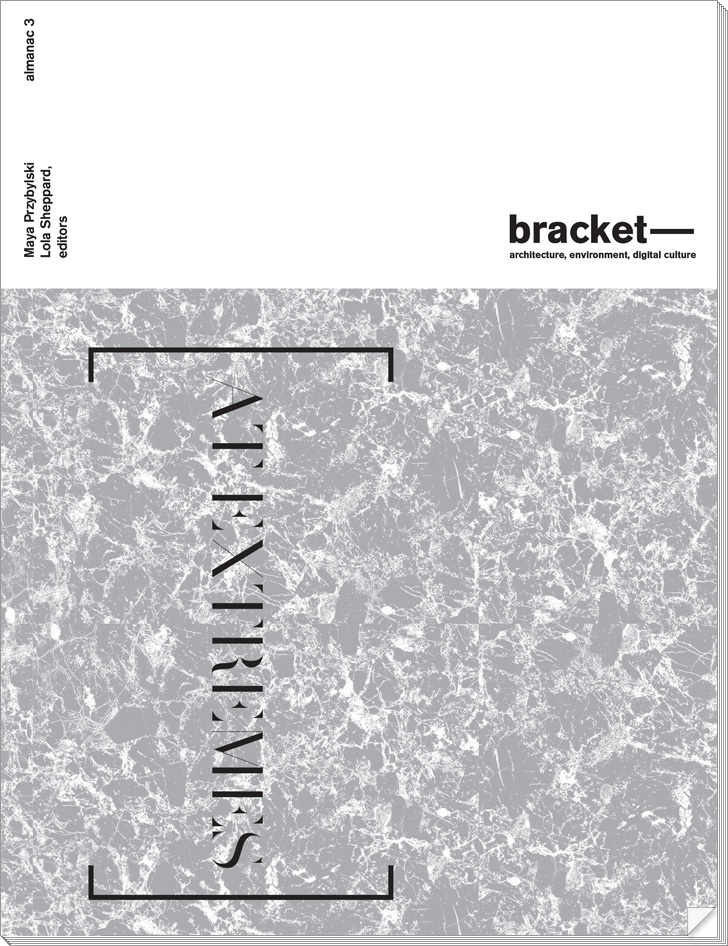 Bracket 3 invites the submission of critical articles and unpublished design projects that investigate the potentials when situations extend beyond norms – into the extremities. We are conditioned, as designers of the built environment, towards the organization of people, programs and movement. Indeed the history of modern urbanism, architecture and building science has been predicated on an anti-entropic notion of programmatic and social order. But are there scenarios in which a state of extremity or imbalance is productive?

Ulrick Beck, in “Risk Society’s Cosmopolitan Moment” suggests that being at risk is the human condition at the beginning of the twenty-first century. While risk produces inequality and destabilization, he argues, it can be the catalyst for the construction of new institutions. The term extreme is defined as outermost, utmost, farthest, last or frontier. Bracket [at Extremes] seeks to understand what new spatial orders emerge in this liminal space. How might it be leveraged as an opportunity for invention?  What are the limits of wilderness and control, of the natural and artificial, the real and the virtual? What new landscapes, networks, and urban models might emerge in the wake of destabilized economic, social and environmental conditions?

Bracket [at Extremes] will examine architecture, infrastructure and technology as they operate in conditions of imbalance, negotiate tipping points and test limit states. In such conditions, the status quo is no longer possible; systems must extend performance and accommodate unpredictability. As new protocols emerge, new opportunities present themselves. Bracket [at Extremes] seeks innovative contributions interrogating extreme processes (technologies, operations) and extreme contexts (cultural, climatic). What is the breaking point of architecture at extremes?

Bracket 3 will be published by Actar and designed by Thumb.