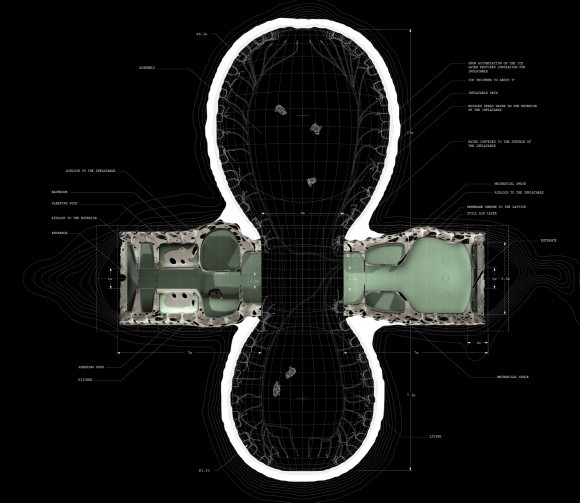 By Shabnam Hosseini and Hamish Rhodes ("What Is The Thing?" By Adrian Blackwell)

The Thing is a mobile architecture that registers the effects of climate change - it is a cold climate animal, capable of flourishing only at arctic latitudes.
The Thing is a sensitive instrument.  By the constraints of its survival, it is constantly mapping out its territory, momentarily delineating the boundaries of climate change.
It is an endangered species, who’s days are numbered.
The Thing survives, moves, and broadcasts what it perceives at the frontline of climate change.
What it perceives is conditioned by the dialogues which it facilitates.
The Thing interacts with social, scientific, climatic, artistic, biologic, political and economic data.  The Thing is a nomadic network of multiple Things.
It extracts information from one place to several, in an effort to subvert an imminent colonialism. 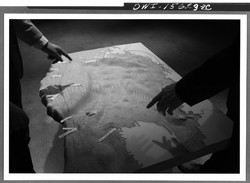 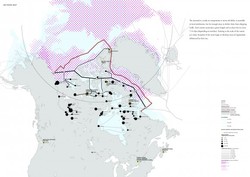