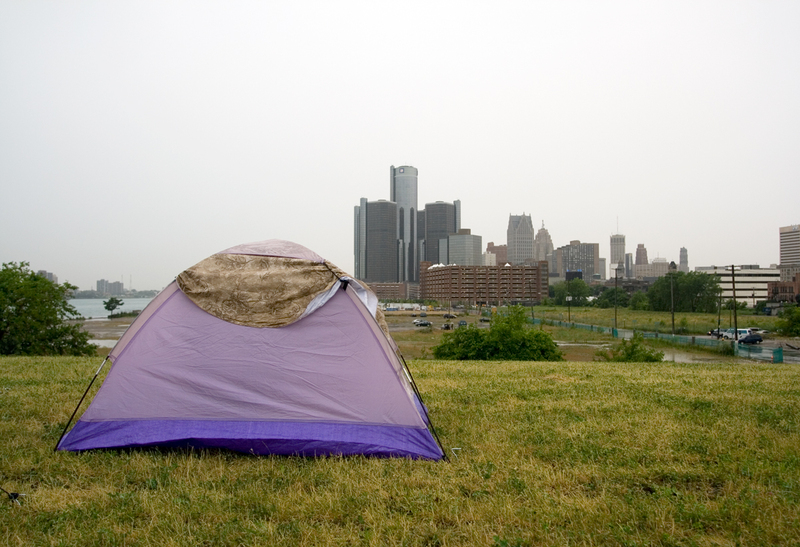 It has been over three hundred years since Count Ponchartrain sent word back to Paris describing Detroit’s landscape as “...so temperate, so fertile and so beautiful that it may justly be called the earthly paradise of North America.” It was Ponchartrain’s countrymen who found this land so hospitable they lay out “ribbon farms” which bil¬lowed from the river in strips up to a mile inland. It was these farms which were paved over and built upon once the industrial age came; the age of Henry Ford and his automobile. But despite the concrete and the trampling of people, the land never went away; it simply lay dormant, and given the opportunity it shows itself again. It creeps through the crevices to again exert its dominance. And people once more see it’s beauty and find a need for it’s rich soil.

Corine Vermeulen is a Dutch photographer who continues to focus her lens on Detroit’s shifting social and geographic ecologies.