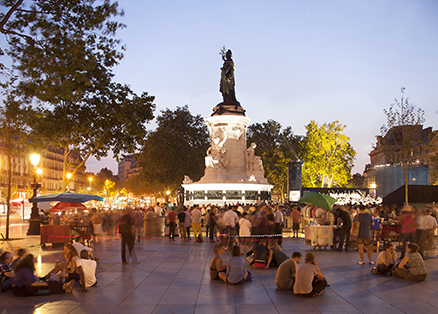 Evening during a concert show

TVK - Pierre Alain Trévelo and Antoine Viger-Kohler - hand over the redevelopment of the Place de la République on June 2013.

Due to its exceptional size (120m by nearly 300m), its symbolic dimension as a representative public statement and its location in the city, the Place de la République occupies a special place in the international hub that is Paris.

TVK is proposing a new conception of the public space here. The square has become a unitary, clear and symbolic space that can host all kinds of events, uses and people: it is a “republican stage.”

The redevelopment of the Place de la République is based on the concept of an open space with multiple urban uses. The elimination of the traffic circle frees the site from the dominating constraint of motor vehicle traffic. The creation of the concourse marks the return of calm in an airy, uncluttered two hectare space. The new square, now skirted by motor traffic, creates a large-scale landscape and becomes an urban resource, available and adaptable for different uses. Clear connections with the large boulevards promote a new balance centred on soft transport for pedestrians, cyclists and public transport. The statue of Marianne, the reflective pool, the pavilion and the rows of the trees form a strong axis. This harmony is amplified by the serene balance of the mineral element and a very gentle slope of 1%. All these elements contribute to both the interpretation of unitary materials in a perennial and contemporary manner and multiple explorations (colours, water, lights) creating different urban ambiances.

The Place de la République is now a new centre of attraction, a place for exchanges and meetings. Two terraces incorporated into the continuity of the square encourage people to sit down.

The south-west part of the square houses a 162 m² pavilion also designed by TVK, a unique building, glazed throughout to retain a continuous impression of this singular space.

The Place de la République is now the largest pedestrian square in Paris.

(More photographs and documents available upon request + axonometrtic view of the project). 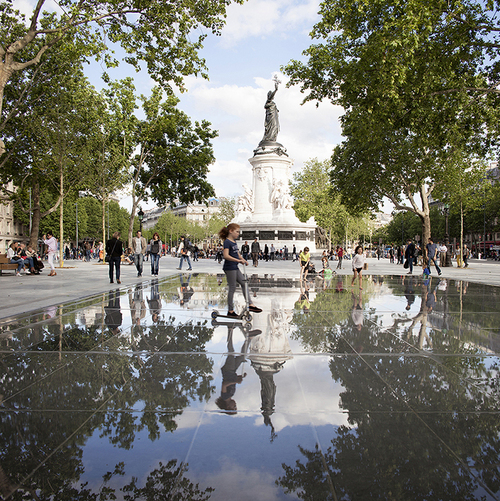 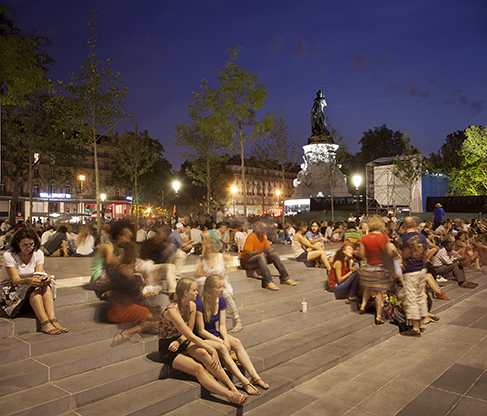 Evening during a concert show 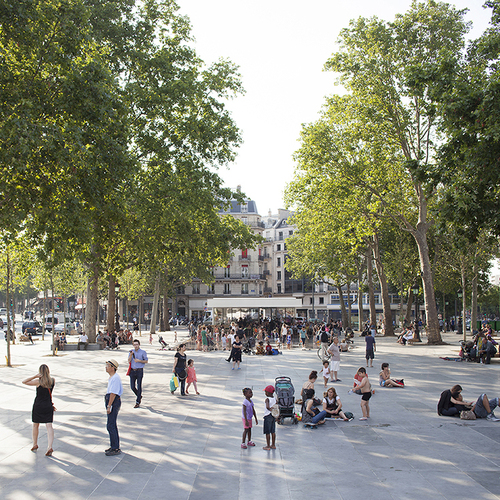 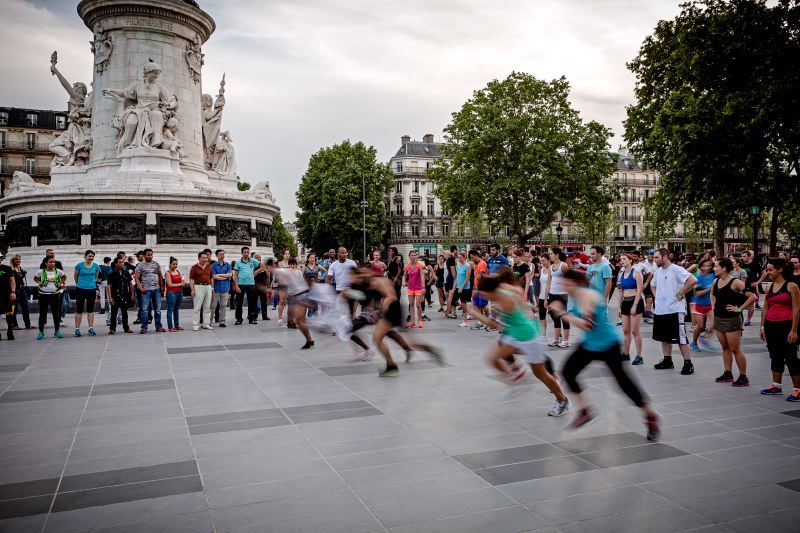 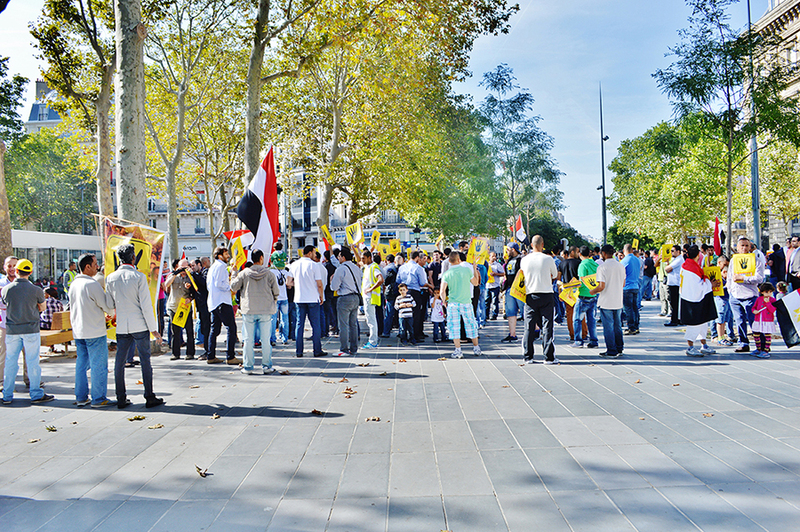 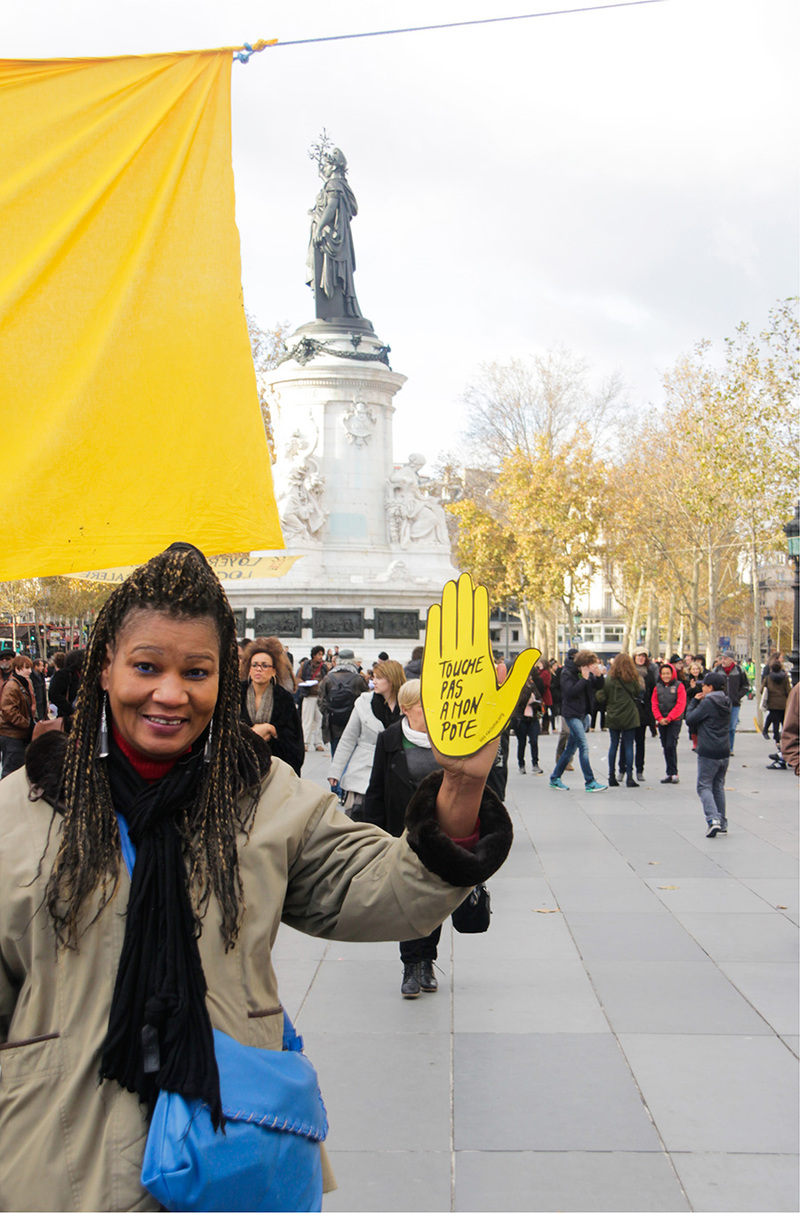 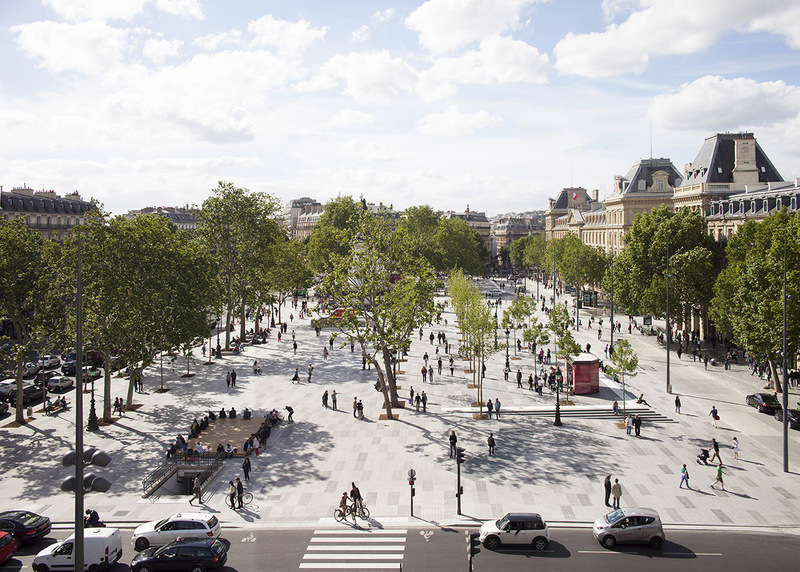 Elimination of the traffic circles