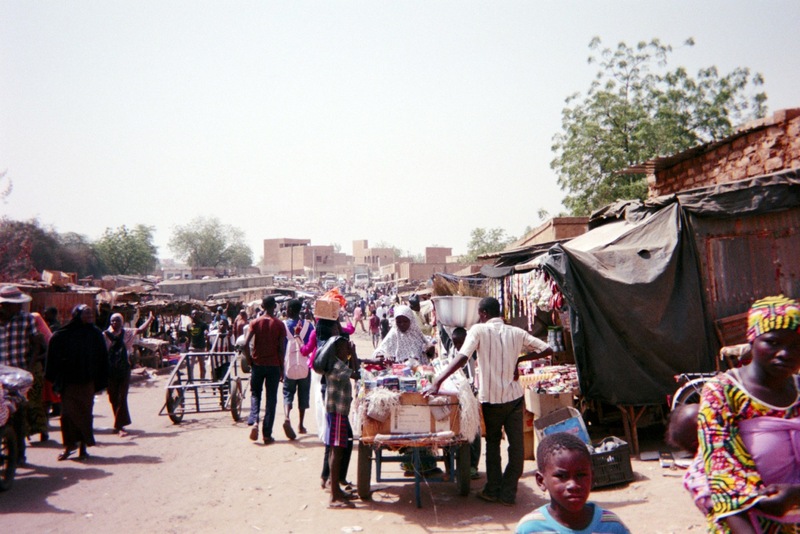 By Mariam Kamara and Elizabeth Golden

Niger’s capital Niamey, like other cities in sub-Saharan Africa, is growing rapidly, and the implementation of the government’s current vision for the city–Niamey Nyala, or the ‘Niamey Beautiful’ plan–provides the impetus for this project. By navigating the line between formal and informal, permanent and fixed, the city is calibrated to increase the participation of women and girls in urban public life.

Currently, unprecedented growth is transforming many urban areas in Africa. Strict colonial planning has given way to a more complex network of human infrastructure that has reshaped city streets to meet economic needs and satisfy social desires.1 Streets have become a mega-public space, and a source of infinite loopholes, to be exploited by a city’s inhabitants in imaginative ways. (Fig. 1)

But streets in many African cities cannot always be defined as ‘public’ in the traditional Western sense, as their occupation is often segregated along class, gender, or age lines. In the context of a Muslim city, situated in a predominantly Muslim (albeit secular) country, a woman’s presence outside of the home–for purposes other than running errands, conducting business, or going to school–is easily questioned by society. 'Mobile loitering', is one tactic developed by women and girls in Niamey to circumvent this type of public scrutiny. Women are able to inhabit the street by using their journey to and from social calls as a pretext, while enjoying relative privacy by simply remaining on the move. These flâneries féminines are a valued source of entertainment and knowledge in a city where little space is allocated to leisure or educational activities. (Fig. 2)

This proposal–a planned route through the city–formalizes mobile loitering as a camouflage and pretext, offering women and girls destinations/justifications for occupying city streets. A lightweight infrastructure marks the path, establishing a framework for ‘takeover’ actions, similar to those observed in the informal city. (Fig. 3)

Stations for fitness, group study, health education, and shopping, punctuate the four-mile route, connecting major public spaces currently used by Niamey’s youth. (Fig. 4) The route’s hallmark–a shading system made of local woven mats–hovers over exposed city streets. (Fig. 5) The activity stations generate varying levels of gender specificity depending on the amount of people at any given location. Amenities such as markets or fairs, for example, bring an influx of women to deserted parts of the city typically considered dangerous for females. (Fig. 6) In densely populated areas with higher levels of foot traffic, structured community led programs offer health education and mentoring solely for women and girls. (Fig. 7) Mixed gendered activities such as study carrels and fitness stations are situated along the route at regular intervals. (Fig. 8)

The proposed route establishes a gently subversive framework that introduces new possibilities for the women and girls of Niamey. Legitimizing and increasing the female presence in public will gradually change social prejudices over time.

1 AbdouMaliq Simone, For the City Yet to Come: Changing African Life in Four Cities, Duke University Press, Durham and London (2004) 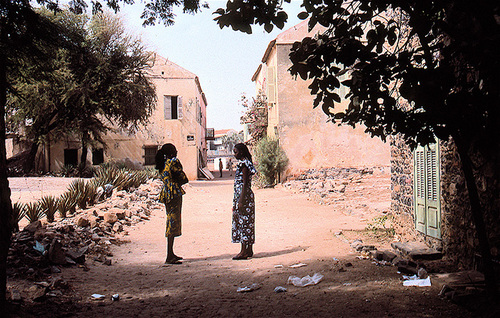 Figure 2_Women on the street in Niamey 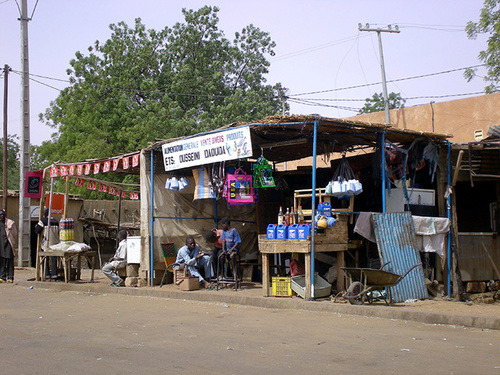 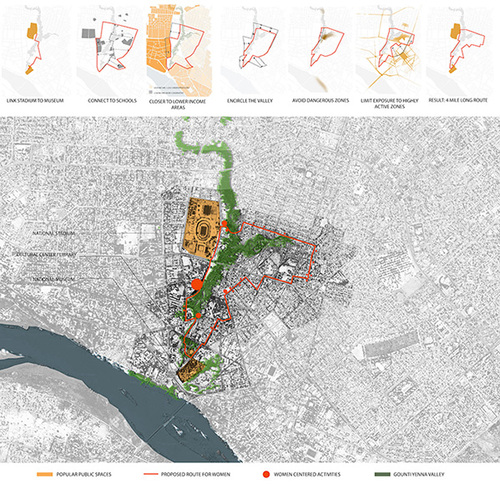 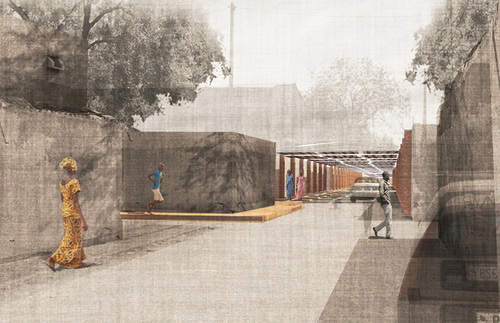 Figure 5_Typical street along the route 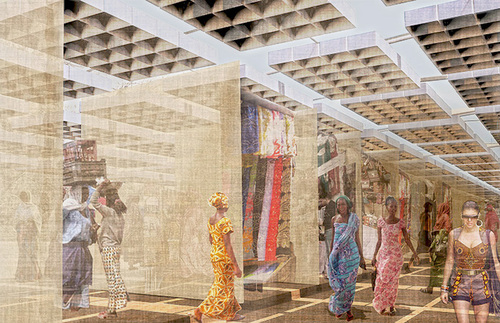 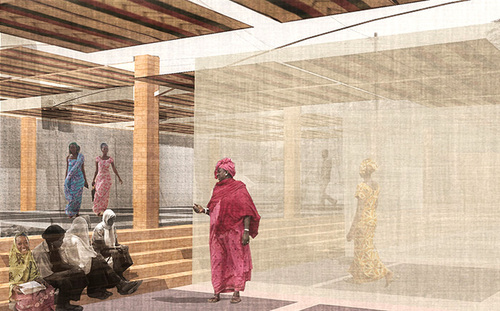 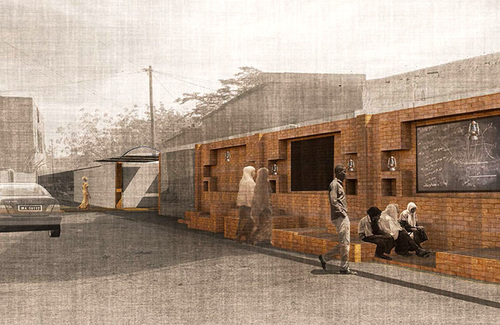