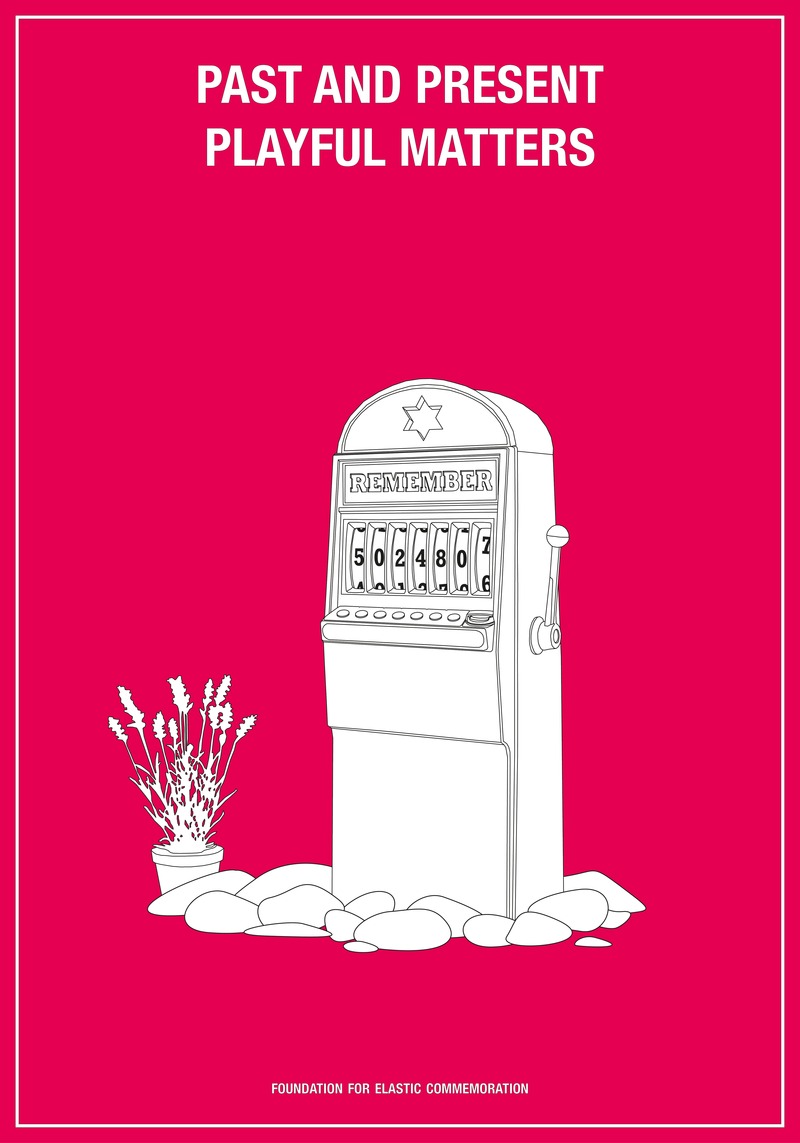 1. “Matters of Past and Present” – campaign by the Foundation for Elastic Commemoration, sketching a generic memorial in which the public can adjust the number of victims.

We seem to remember and forget on a daily basis, in an almost unconscious automatic way. But as we remember and forget, as we commemorate and repress past and present narratives we actually construct, cultivate and preserve both our personal and collective identities.

Different objects of commemoration are inseparable part of our landscape. While personal gravestones support individual memory, monumental memorials such as fountains, victory-gates, obelisks, etc. have been installed for centuries in public spaces to honour specific events or glorify famous people. Such memorials help shaping collective feelings of identification or antagonism, as they sanctify and eternalize the narratives for which sake they were constructed.

This objectification (and eternalizeation) of past narratives became over time a political device that does not encourage participative social discourse. Commemoration in the public realm is often used by authorities not only in order to mention, respect and cherish, but also in order to declare power or sovereignty. Further more, by presenting the “right” and “chosen” narrative as single and genuine, one excludes from the collective memory alternative interpretations of past events. In this way, the memories of the defeated, the weak, the minority, are being blurred and shoved aside.

In these cases only one past exists, one truth is shaped into one static object; from time immemorial, and happily ever after.

The conventional design of the memorial and its surroundings prevents an active participation in the past and its commemoration. It protects the chosen narrative with obstacles and borders it with fences so that it remains inaccessible. The solid and rigid character of the memorial, let alone its monumentality, leaves only one option – to “consume” it passively as it is. The concrete, iron, bronze or marble, the common materials of the memorial, are hard and sealed and are not open for dialogue. Any external attempt to express an individual opinion and exert influence on them is immediately seen as destructive and offensive, subversive and immoral and is consequently overly condemned. The transformation or destruction of such objects is reserved exclusively to the authorities, or as we often experience during conflicts and invasions, to new emerging powers.

Choosing or deciding what ought to be remembered and what shall be forgotten is thus a crucial action / act / activity within every society, with potential for far-reaching political and cultural consequences.

Quite exceptional in the memory landscape are less rigid memorials that follow the concept of elastic commemoration, which holds promise for activation and public participation.

“Adjustable” or “flexible” memorials are objects of commemoration that do not stick to one solid truth, to one genuine version of history. As they employ flexible materials or include interactive elements, they can be easily adjusted upon need or wish. They invite to interact, to manipulate, or even to make cynical use.

With such objects, design has the capacity to activate. It allows, or even demands from the public, to intervene and actively participate in the production of memories and remembrance, to take a stand, express an opinion and make a difference in the way the collective project develops.

Elastic objects of commemoration reject the common ambition for consensus, welcome disagreement, and by giving room for different voices and personal interpretations of historical as well as contemporary events, they encourage active participation and support the construction of alternative pasts towards alternative futures.

The proposed article to Bracket [takes action] will first discuss the relation between design and the construction of collective memory, building upon research of contemporary scholars (e.g. multi-vocal vs. fragmentary commemoration models by sociologist V. Vinitzky-Seroussi). It will then review several “alternative” commemoration projects by artists and designers (e.g. T. Hirschborn’s Philosophers’ Monuments, C. Boym’s Buildings of Disaster, H. Hoheisel’s Negative Monuments), which will be followed by excerpts from the manifesto of the Foundation for Elastic Commemoration. Without explicitly referring to its speculative character, the foundation and its work will be described and discussed, supported with visual documents. In this way the speculative will be “documented” as authentic, embedded in an academic as well as practical context, which will emphasize its relevancy and feasibility. 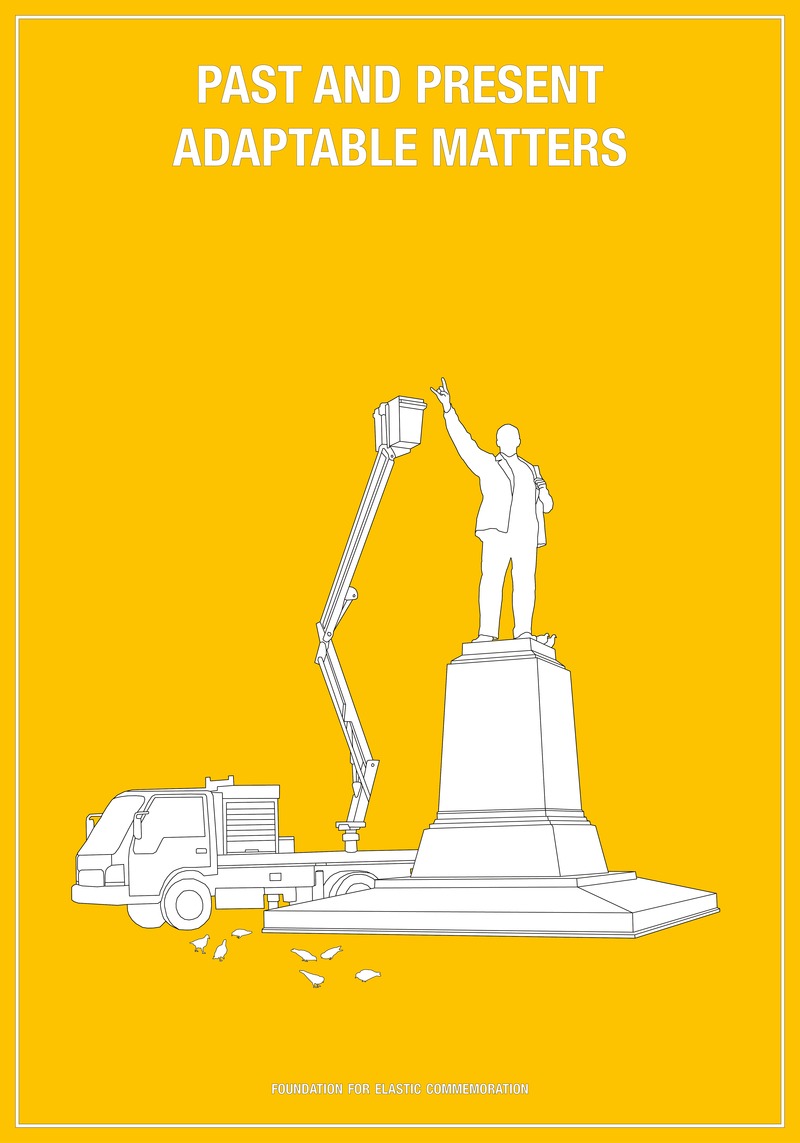 2. “Matters of Past and Present” – campaign by the Foundation for Elastic Commemoration, sketching a flexible monument in which the visitor can adapt the political hand gesture. 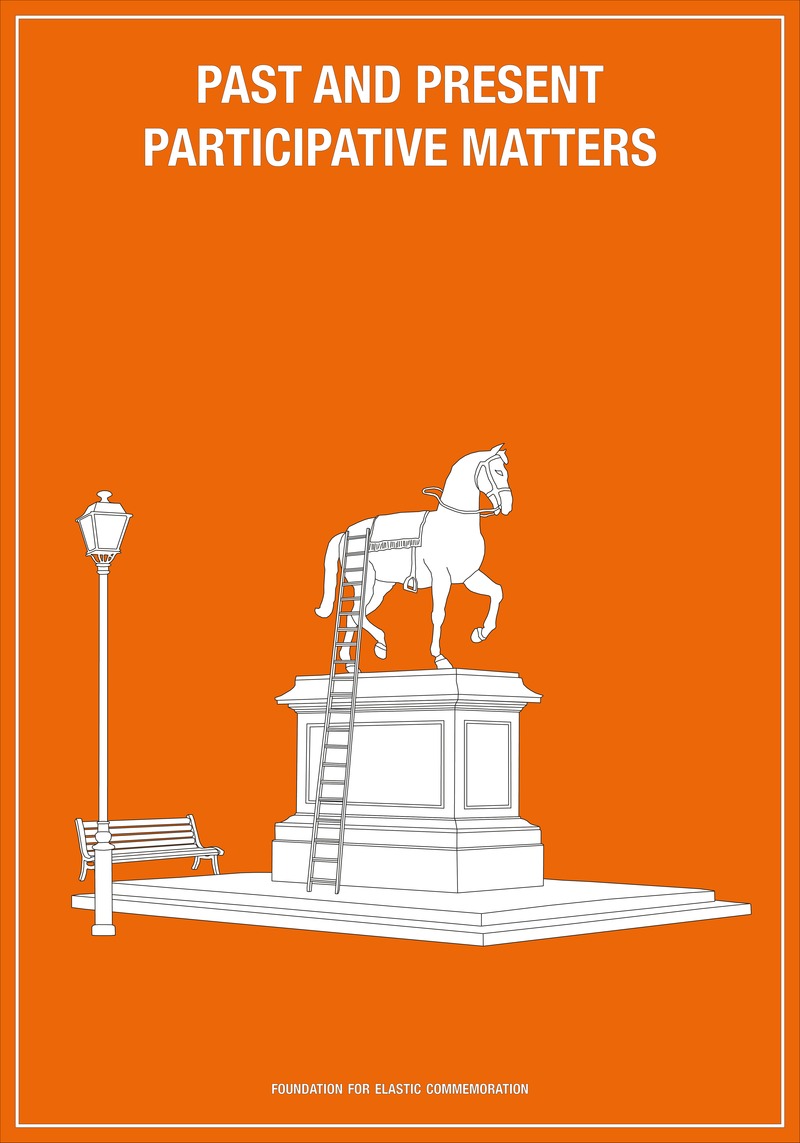 3. “Matters of Past and Present” – campaign by the Foundation for Elastic Commemoration, sketching a participative memorial in which the public can become part of the narrative. 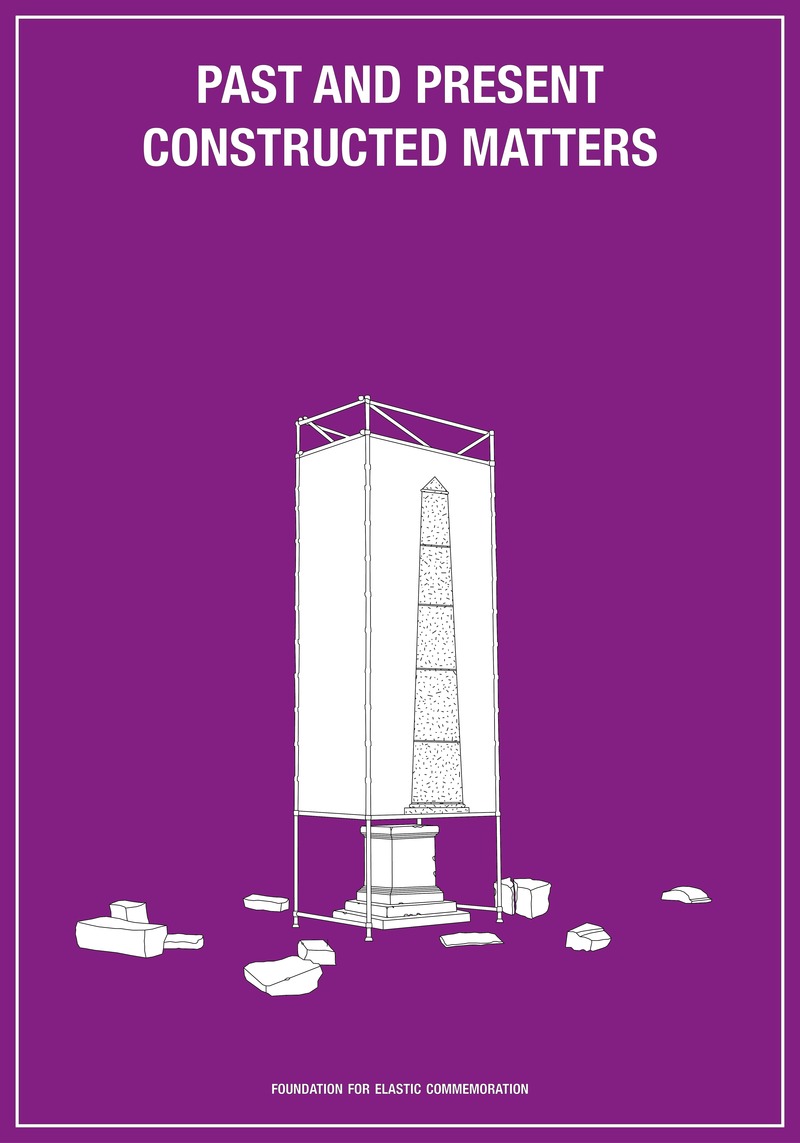 4. “Matters of Past and Present” – campaign by the Foundation for Elastic Commemoration, sketching a dual-narrative memorial, a victory column that oscillates between the pride of the triumphant and the loss and catastrophe of the defeated.