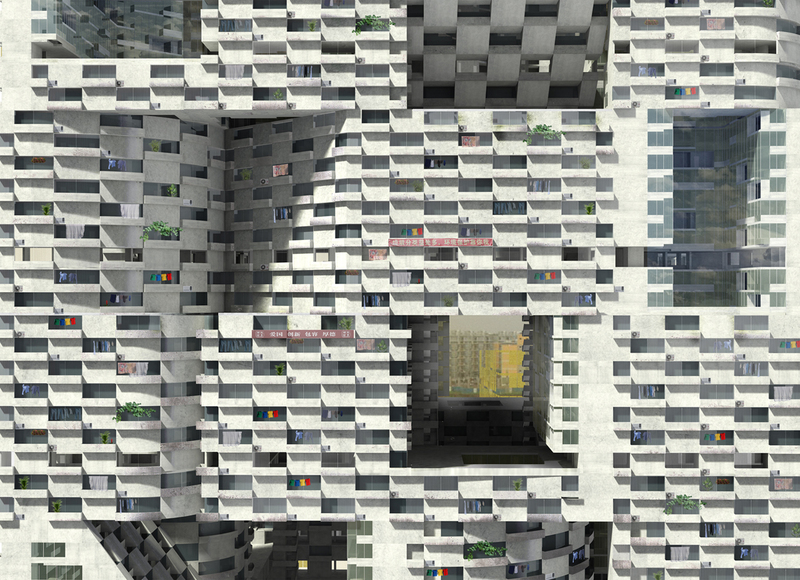 “Ant tribes” refer to a social phenomenon of young college graduates that group together on the peripheries of large Chinese cities, defined equally by their dreams of upward mobility and their precarity. They have achieved a critical mass and collective identity that has prompted widespread media coverage, becoming one of the rare groups to emerge in a country where distinct publics are quickly extinguished for the sake of national harmony. In response, this project seeks to build on the strengths and desires of this emerging public and its potential for collective action, which in turn will allow them to achieve the opportunities they seek in the city.

The combination of harsh realities and exuberant idealism that fuel the ant tribe’s motivations make them a viable contemporary subject for an architecture that cultivates a collective. Throughout the twentieth century, architects have used mass housing as a testing ground for bringing forth new types of publics, resulting in buildings such as Moisei Ginzburg's Narkomfin Communal House in Moscow and Le Corbusier's Unite d’Habitation in Marseille. While the necessity of such a project remains, the mode of operation has shifted. To defy the dense processes of privatization that govern housing today, architecture needs to operate from marginalized points of society and the specific publics that occupy those points, creating archetypes from which ideas can be distilled for the masses. Contemporary China is undergoing a radical social transformation, and while the dominant political structure is far too complex to engage directly, there are many marginalized publics that allow for architectural intervention. The ant tribe is one such public that has achieved significant acknowledgement for their persistence and resilience.

The project proposes a housing block for the ant tribe, situated on the outskirts of Beijing, which creates an organizational framework for collective action while giving representation to that collectivity against the existing peripheral city.  Considering the significant human mass that comprises the ant tribe, this project takes a new approach to its architectural equivalent - the mass of housing units. This mass is used to shape a series of scaled void spaces that respond to different needs of the ant tribe – whether it is a workshop to better their skills, a forum to put on a lecture, or a square to stage a large-scale protest. Simultaneously, the mass itself is formed into multi-various shapes that represent both the shifting nature of the ant tribe’s public identity as well as its ability to take collective action at different scales. 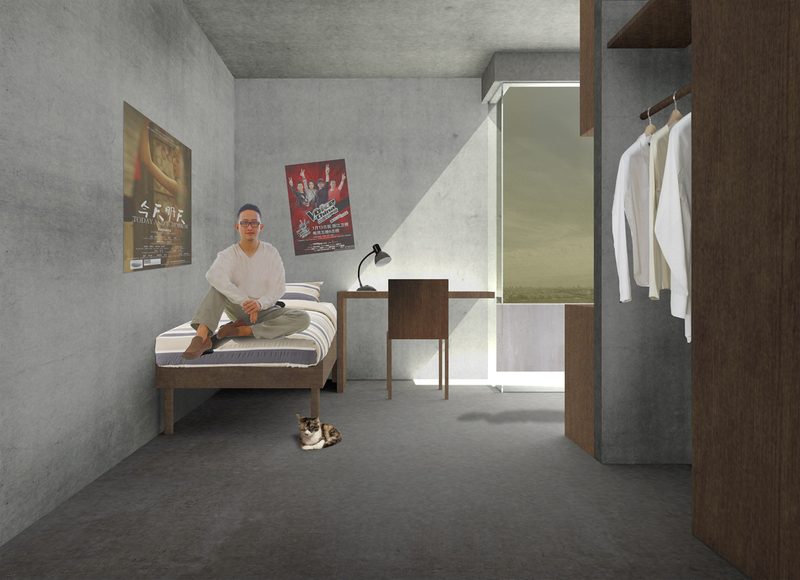 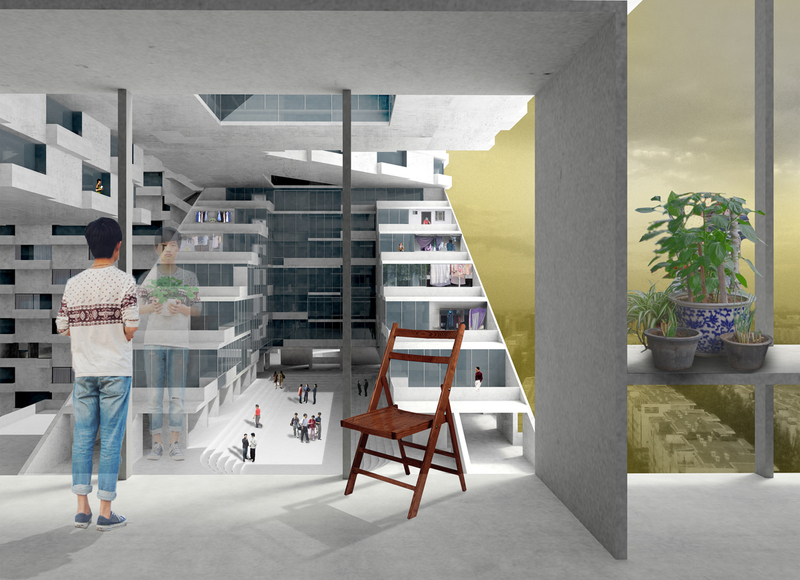 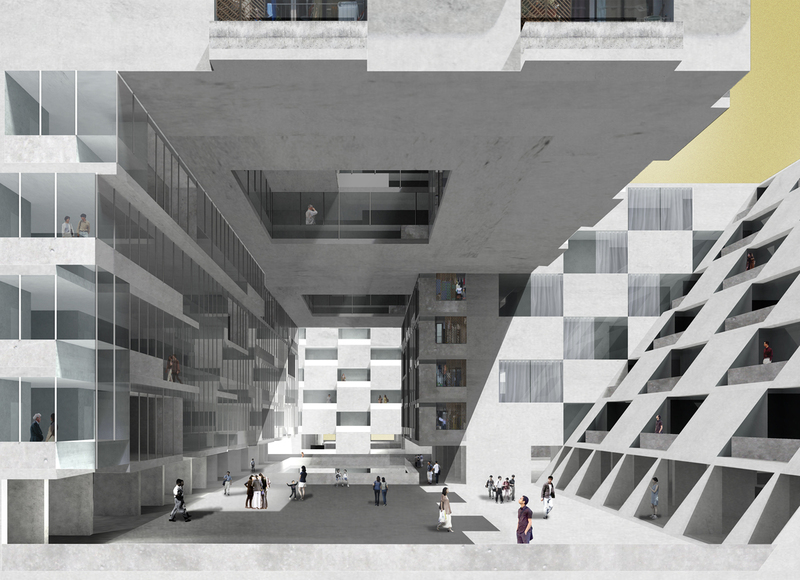 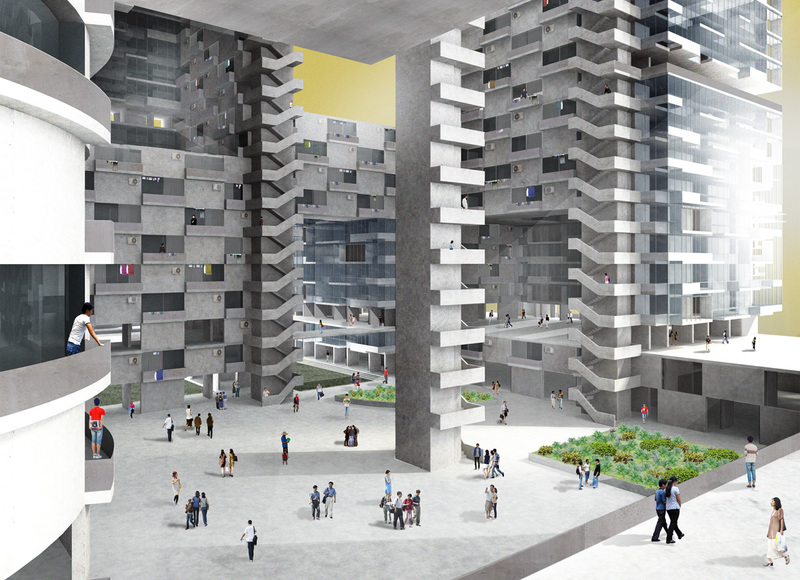 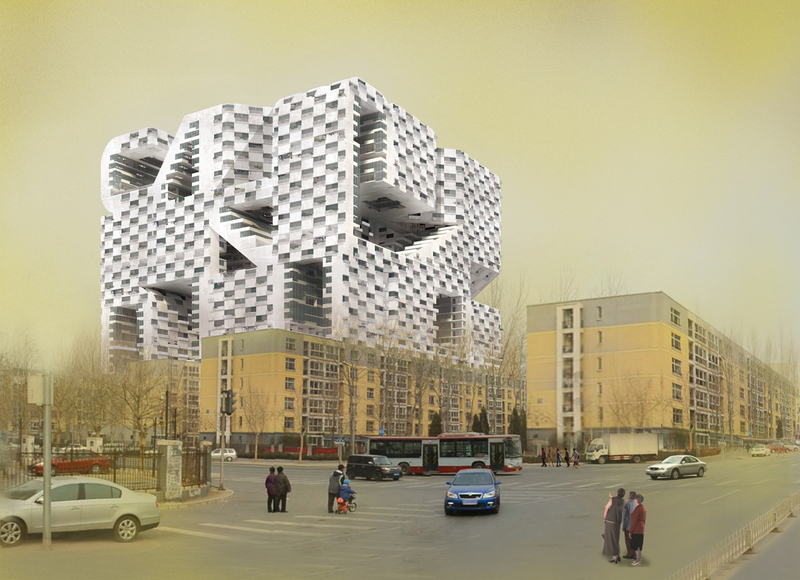 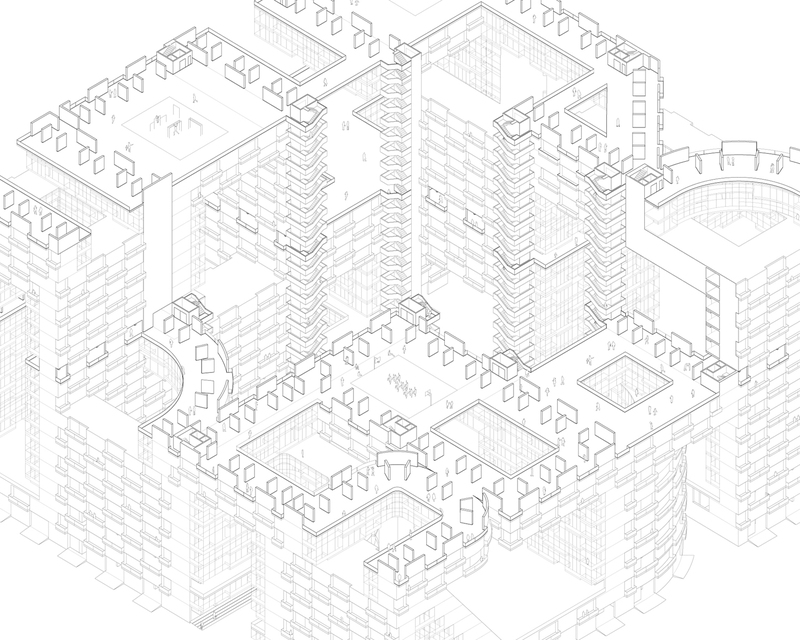 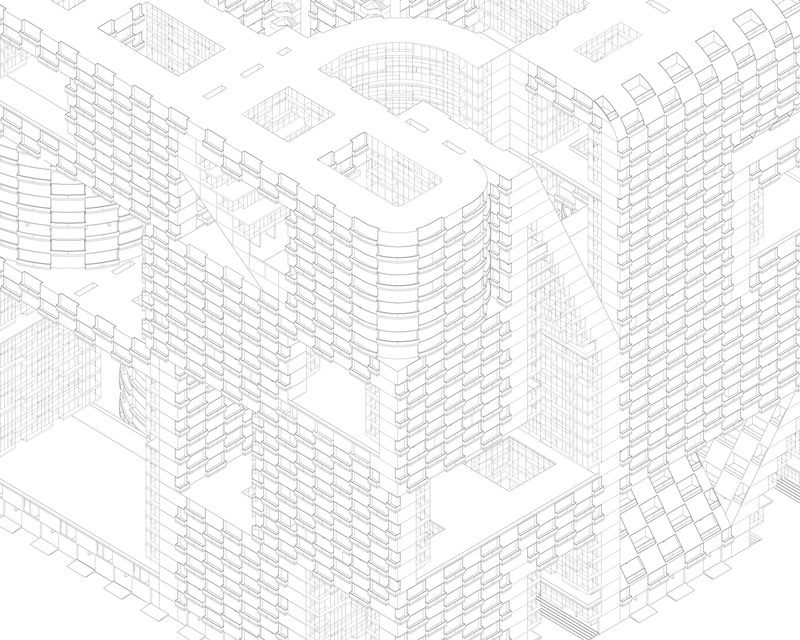