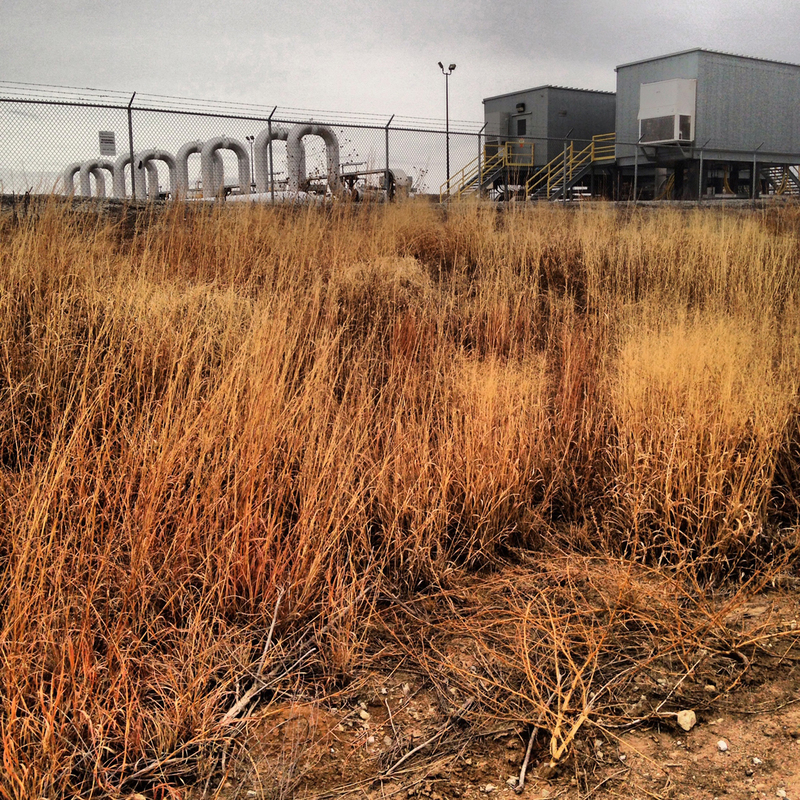 By Stephen Mueller and Ersela Kripa

This article seeks to extract the logics of action in newly contested territories, given recent transformations in US energy exploration and distribution, to uncover and affect how they will shape the city to come.

The proposed Keystone XL (KXL) pipeline has constructed a multivalent, contested territory - a potential stronghold in a new energy economy and a site of existential risk . KXL’s detractors have capitalized on the unique spatial qualities and protocols of the increasingly globalized energy landscape, in order to transform public opinion to their advantage. Bill McKibben, a staunch opponent of KXL, speaks readily about the pipeline’s ability to galvanize action from a diffuse and heterogeneous set of environmental, economic, and political actors.  Not only has he spearheaded the conception of KXL as a detrimental ‘act’ against the environment, but he also understands, as Arendt suggests, the ability of such an identifiable territory to provide a context and a site for ‘action’.

The article will demonstrate the unique spatial protocols which promote a productive disequilibrium in this contested territory, among them the conception of the pipeline as a ‘transnational transect', an ‘expanded datum’, a ‘singularity’, and a ‘bypassing vector’.

We argue that the territory is a victim of ‘conflict by neglect’ of its organization, ‘top-down’ mechanisms which blindly perpetuate and accelerate inherent conflicts of the current energy economy, while doing nothing to shape the resulting transformations - ignoring Arendt’s mandate.

The same protocols, however, have enabled a range of creative spatial practices from the ‘bottom-up’. Tactical interventions by a variety of ‘actors’ and ‘activists’ suggest models for subverting the organizational logics of the energy-industrial landscape. Residents of emerging ‘boom-towns’ live in hypermobile ‘man-camps’, sparking demand for accommodations of intense work and leisure.  ‘Doomers’, ‘preppers’, ‘survivalists’, and ‘off-gridders’ populate the landscape, transforming modest homesteads and failing small towns into exuberant examples of radical self-sufficiency.  Obstructionist and interventionist practices abound.  Activists build elaborate aerial ‘tree villages’ to halt the pipeline’s progress, occupying the aerial right-of-way with elaborate networks of trolleys, ladders, and ‘squirrel guards’,  blocking those who wish to extract them. These proto-urban resistance camps exploit the delicacy of property and environmental rights that the pipeline must overcome.  An ‘obstructionist energy barn’ in the pipeline’s path exaggerates relatively modest achievements in alternative energy production to attract and manipulate media attention.  The barn suggests a new typology - a ‘spatial martyr’- which embraces its future destruction and controls the political fallout by curating a public(ized) sentimentality.  That the building is conceived primarily to promote its final, destructive act, suggests alternative conceptions for ‘action’ in spatial practice.

The article will conclude with suggestions for spatial practice in the contested energy landscape,  promoting ‘contested energies’ - critical strategies which leverage the productive capacity of disequilibrium to induce action.  Borrowing from these and other untapped logics from the world of energy speculation, we suggest that we must focus not on managing the supply of public space for action.  We have an overabundance of contested and negotiated territory.  We must instead construct demand for action.

The article will be structured as an active dialogue between the authors, with each providing explanation and posing provocations to the other in a ‘call and response’ format, citing design research, journalistic and theoretical sources.  If selected for publication we will work to provide additional research graphics and photographs similar to those provided in the sample.  Some graphics may be provided by students under the direction of Stephen Mueller.  All others are property of the authors.

We will address the following themes:

In a changing ecological and cultural context, the demands on existing and developing infrastructure are many.  A discourse centered on efficiency, resiliency, and profit is driving decisions that will continue to shape cities and lives for generations. The doomsday narrative of ‘peak oil’ has recently been displaced by its own market pressures, with high energy prices spurring technological advances and exploration in previously unfathomable locales, extending the forecasted ‘end of oil’ indefinitely.  Hydraulic fracturing (‘fracking’), deep sea exploration, and a host of other ameliorative technologies are radically transforming the economic and geologic fortunes of the US, and large swaths of the Western Hemisphere. The urban and architectural implications of this transformation are as yet unknown. New company towns and worker camps emerge throughout recently explored territories, a 21st Century frontier characterized by hardship, speculation, and profiteering. Benefitting from newfound sources of energy and labor, the American City is poised for explosive change, rapidly transforming relationships to its hinterland, its borders, and its international neighbors.

1.       Energy as conflict, energy economy and infrastructure  as conduit of conflict

1.       Energy tendency toward equilibrium or entropy, laws of thermodynamics

3.       Promoting disequilibrium as a strategy

4.       Energy companies and the manipulation of the market.

b.      Manipulating supply - witholding in order to keep up demand and prices (OPEC, et al)

c.       McKibben and the activist disequilibrium

2.       The evening out of one seemingly innocuous spatial prototype deployed across a heterogeneous field enables the production of new constituencies and the polarization and amplification of existing stakeholders.

3.       McKibben’s organization, 350.org, has worked to promote the pipeline as singularly unique in scale and impact, and to heighten perception of the project as an unfathomable ‘act’ against the landscape and the environment.

d.      The increasing scale at which energy territories operate

e.      ‘Productive inefficiency’. KXL is ruled economical only due to the other exaggerations and reliance on oil and other fossil fuels. It is a vector that clearly emphasizes our insecurities and our failings as stewards of resources and the built fabric that supports them.

f.       Extra political realms that are insinuated within other jurisdictions. Complicit agreements and tacit binding understandings that shape economic futures and markets. The selling off of boundaries and autonomous states in service of a global market and smoothing of space.

i.     Ukraine and the sudden reversal.

a.       From substrata to stratosphere, geological and environmental repercussions.

a.       The singular nature of the pipeline is perhaps its opponents’ greatest point of contention, and greatest strength in rallying a diverse set of interests in opposition.

b.      Compare to the vast network of existing pipelines it is relatively minor in scope.

c.       But the singular swatch it cuts is immediately knowable.  ‘from Canada to Texas’ etc.

d.      ‘Your pipeline’ cannot be ‘my pipeline’. KXL cannot at once be conceived economic savior and ecological disaster.

e.      Connects, spatially, the land manipulation of the Alberta Tar Sands to the pristine river valleys of the Midwest

a.       This pipeline is not a connecting node but a bypassing vector.

c.       Through the US. En route to other countries via export.

d.      The uneasy allowance of Canadian interests to maintain energy independence and cash in on a rebirth of the US as exporter.

1.       KXL is a site that mobilizes the productive capacity of a region but does nothing to manage that production. To shape its own impact.

2.       KXL enabling the methods which perpetuate its own necessity and heighten its own value. The self-actualization and de facto construction of the oil economy.

3.       Compare to the self-fulfilling prophecy of the interstates (some effects unforeseen ) and traffic planners (effects predicted and therefore realized) now taken to a global scale.

3.       The paradox of conflict resolution - to yield the territory and resolve the dispute opens up access and eliminate barriers, but it yields a new space of conflict.

4.       From the anticipated site stirring conflict we move to one of the site realized, and the site anticipating its own failure or obsolescence.

8.       A space imbued with spatial invention and in need of alternative scenarios.

9.       Borrowing scenario planning (Varnelis et al).  Developed by oil companies to promote their own resilience anticipating disasters and likely turns of events. Now vital to our response in offering alternatives.

10.    The construction of demand. Energy and its interests find ways to profit from newly tapped resources- fabricating demand in markets and populations unknowing of its virtues or its vices  (Yergin et al, Rockefeller, kerosene global markets).

11.    We have an over abundance of negotiated territory.

APPENDIX / ABOUT THE AUTHORS

AGENCY is a collaborative interdisciplinary practice engaging contemporary culture through architecture, urbanism, and advocacy. The unprecedented challenges of rapid urbanization, ecological instability, and widespread resource depletion are matched only by an exponentially increasing capacity for innovation in architectural thought and production. Emerging technologies, communications, and models of practice offer a new generation the ability to identify and transform the most pressing urban and ecological issues through design. AGENCY positions architectural design as a systemic instrumentation of material ecologies, social constituencies, political policies, and ethical thought, embracing a transformative role, and enabling new paradigms of cultural production.

Partners Ersela Kripa and Stephen Mueller are the recipients of the 2010-2011 Rome Prize in Architecture from the American Academy in Rome, and MacDowell Colony residency fellowships in 2009 and 2013. AGENCY is the winner of the 2010 ONE PRIZE, an international design competition for creating productive green space in cities hosted by Terreform 1. AGENCY’s work has been exhibited internationally, most recently through invited participation at the 12th International Architecture Exhibition at the Venice Biennale, Sofia Architecture Week, Eme3 International Architectural Market in Barcelona, and SUPERFRONT Gallery in Los Angeles.  The authors have been published extensively, including articles in Volume, Architect, and Abitare,  and have provided articles and chapters for several books.

Stephen Mueller is leading a graduate design studio at Washington University in St. Louis entitled PROTOLOGICS / Urgent Typologies, which further explores new and constructive relationships between emergent infrastructures and contemporary urban protocols in the ‘contested landscape’ of the Keystone XL pipeline.  For further reading, including student designs and research available for final publication, please visit the studio blog at http://protologics.wordpress.com.

Avery, Samuel. The Pipeline and the Paradigm: Keystone XL, Tar Sands, and the Battle to Defuse the Carbon Bomb.

Kelley, Ingrid. Energy in America : a tour of our fossil fuel culture and beyond. Burlington, Vt. : University of Vermont, 2008.

Yergin, Daniel. The Quest: Energy, Security, and the Remaking of the Modern World, 2012.

Maclean, Alex. Over: The American Landscape at the Tipping Point. 2008 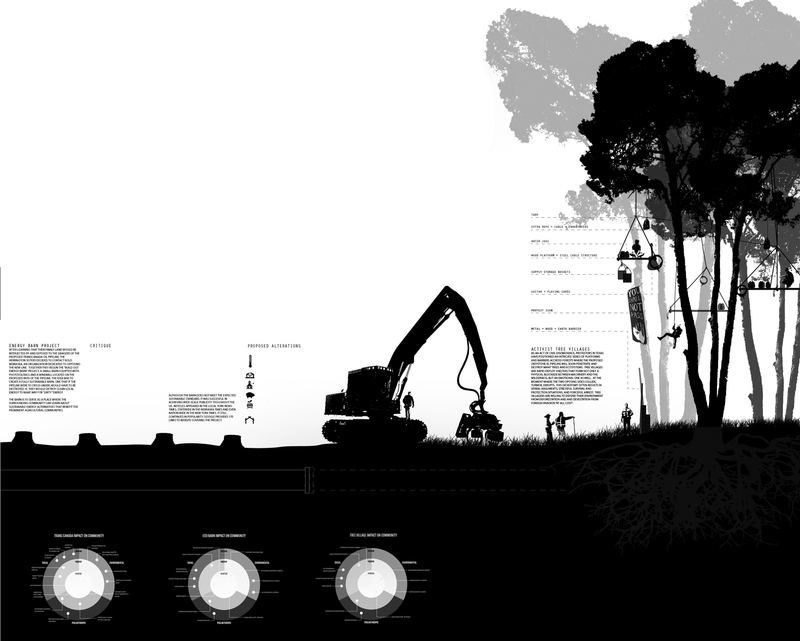 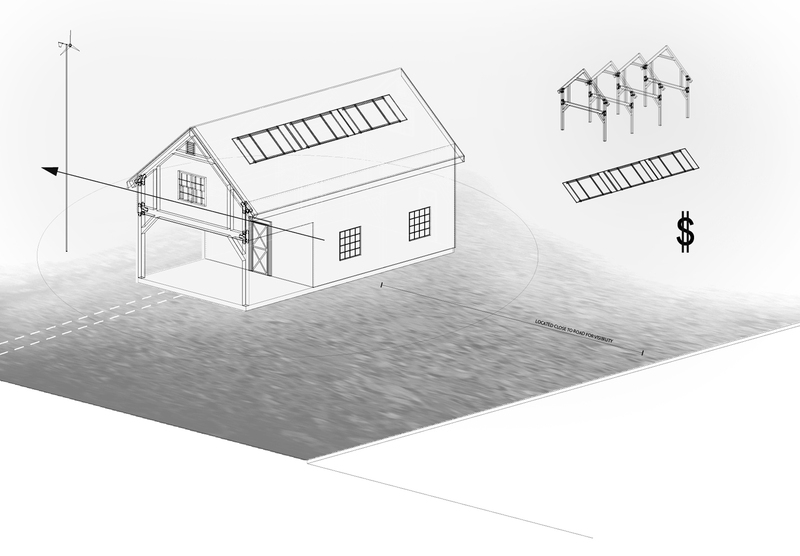 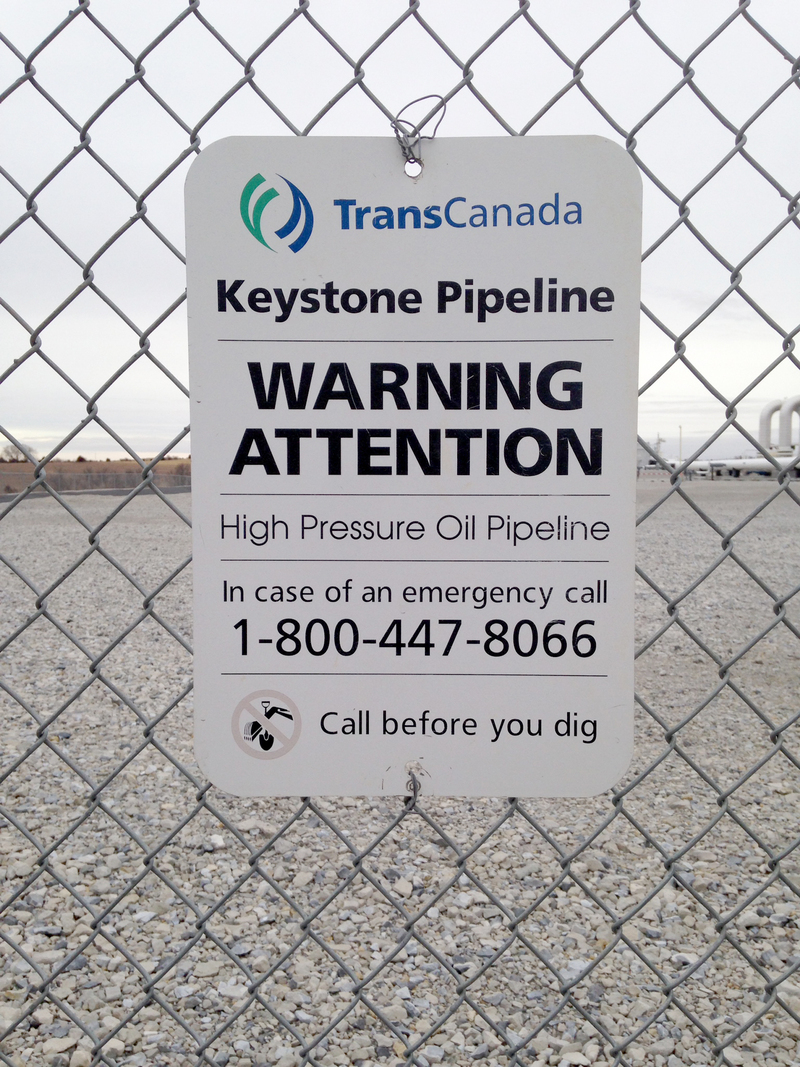