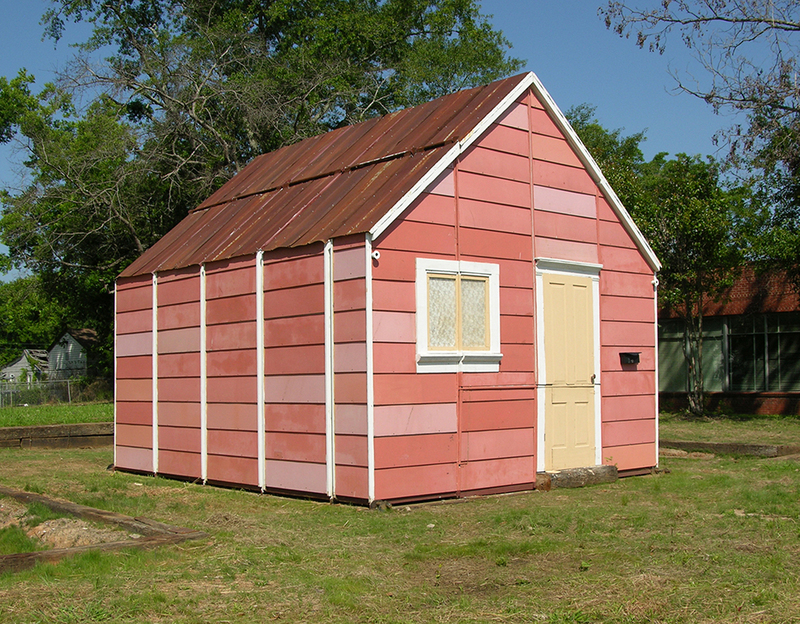 Artist Matthew Mazzotta, the Coleman Center for the Arts, and the people of York Alabama have teamed up to transform one of York's most iconic blighted properties into a new public space. Open House is a house with a secret, it physically transforms from the shape of a house into an open-air theater that seats one hundred people by having its walls and roof fold down.

On June 15 2013, a ribbon cutting by the Mayor of York, Gena Robbins, inaugurated Open House. The symbolic gesture was followed with an invocation prayer to bless the project by Reverend Willie, performances by a gospel choir and the local R&B funk band Time Zone, as well as an outdoor film screening of Dr. Suess's Lorax. For the town of York, this is the beginning of a series of free public events programed by the Coleman Center for the Arts. Since the opening, a number of events have been offered free and open to the public including the screening of the mainstream films as well as art film shorts like Andy Warhol eats a hamburger which coincided with hamburgers being sold at the event by local businesses. Last fall the Mayor of York, held the Town Meeting in Open House.

In January 2011, Matthew was invited by the Coleman Center For The Arts to organize an artwork with the people of York. During his initial visit to York, Matthew asked people from the community to bring something from their living room so that they could recreate a living room outdoors in the middle of the street as a way to provoke discussion about what were on peoples minds and to generate ideas about what direction they might go in. From this conversation, they developed a project that uses the materials of an abandoned house as well as the land it sits on to build the transforming structure on the footprint of the old house.

The metamorphosis of Open House is designed to require cooperation. It takes four people one and a half hours to unfold the structure. The foundation is made of used railroad ties, which anchor the custom fabricated industrial hinges to five rows of stadium seating. The rows of seats fold down with the aid of a hand winch and enough manpower to counter balance the hefty, but agile structure.

Through the project, Matthew hopes to directly address the lack of public space in York, AL by providing a physical location that becomes a common ground for community dialogue and activities. The new structure carries the weight of the past through the materials that were salvaged and repurposed from the old structure, most visibly the original pink siding. When Open House is fully unfolded, it provides an opportunity for people to come together and experience the community from a new perspective. When it folds back up, it resembles the original abandoned house, reminding people of the history of what was there before. 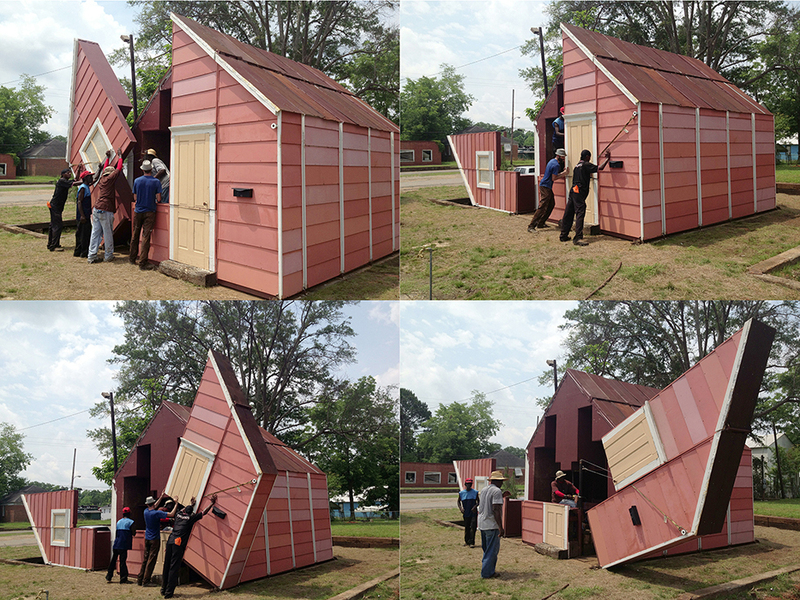 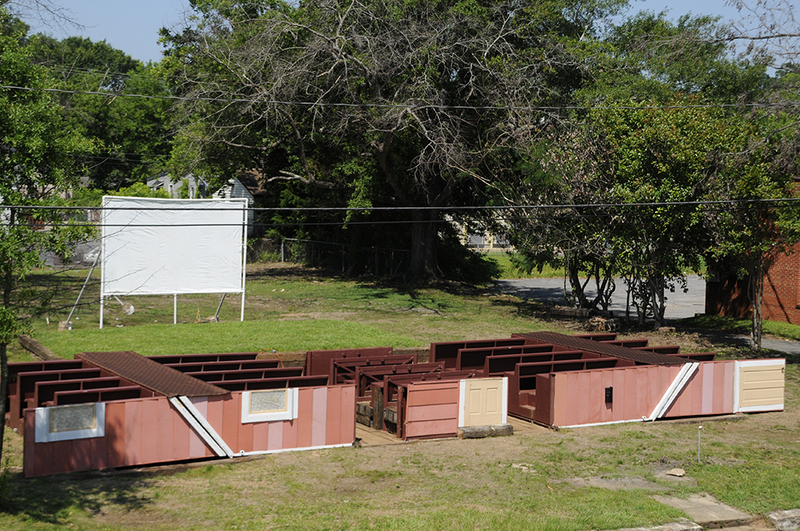 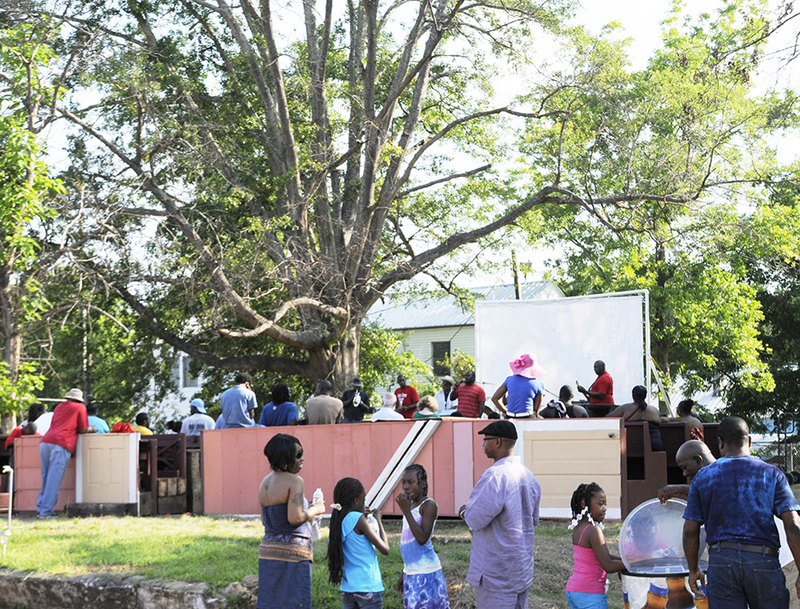 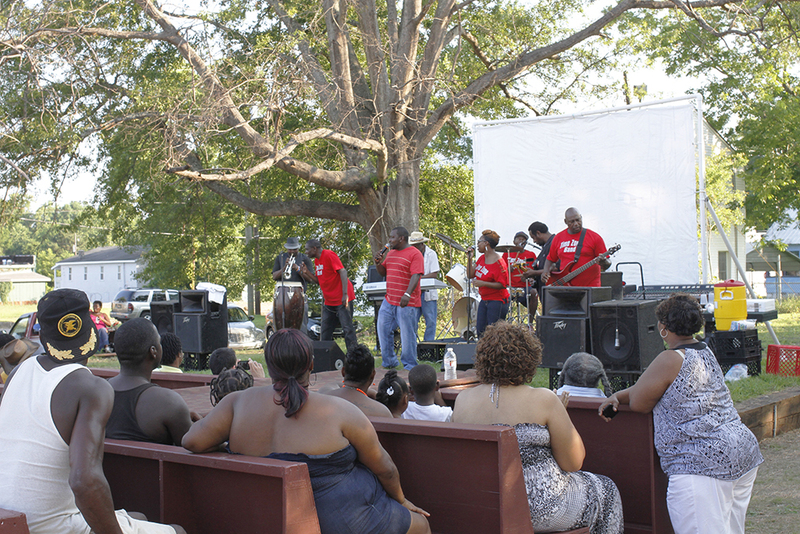 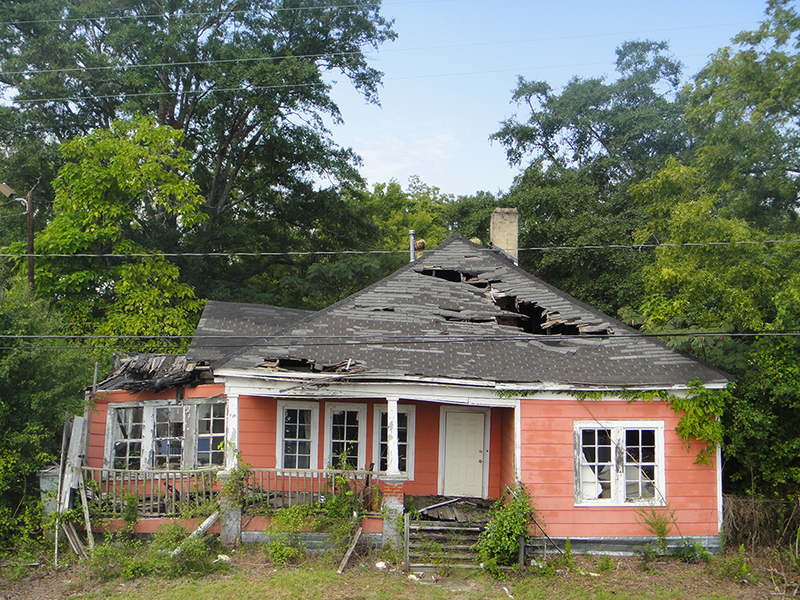