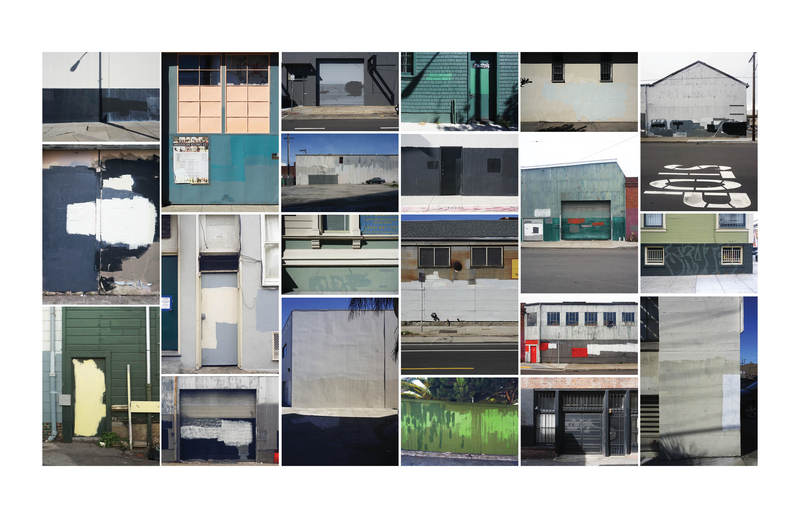 By Katherine Jenkins and Parker Sutton

There is a boundary dispute along the walls of San Francisco. A contest between two acts of preservation. The first is an act of self-preservation, or Arendtian self-actualization: the graffiti signature, or “tag,” is a declaration of the presence of the artist. The second act is one of masking, washing, obscuring the first - “buffing,” as it is known. This is building preservation. Neither act is frequently witnessed, but their resultant compositions - action and reaction - are a constant presence throughout much of the city. Reliefs of layered paint, mismatched color, strange collages of shapes that abstract the writing beneath: each marks an event in this ongoing exchange.

Though two dimensional, the accretion of marks on a facade has spatial and temporal implications; each layer of graffiti and its subsequent masking occurs at a distinct moment. The concealing marks - often intended to blend with the remaining facade - heighten the contrast between old and new and “create the condition for remembrance” (Human Condition, 8). Read across the whole of San Francisco, these acts of concealment reveal that the city itself is quite literally fading.

The cumulative effect of this process is the creation of a spatial register of civic tensions - demographic, cultural, public, private - that propel the city. Moreover, the insistent cycle of mark-making and obfuscation conjures a sustained space of appearance by Arendt’s own preconditions. Within this space of appearance, broader questions of ownership are raised: who owns the sidewalk? And who owns the neighborhood? The answers to these questions and the ensuing queries they arouse - how tall may one build? for whom must one provide? - are long the subject of debate in the Bay, where NIMBY-ism was not born but has indeed flourished.

Incidences of painted-over graffiti are most abundant where questions of ownership, gentrification, and collateral political action are greatest: the Mission District, South of Market (SOMA), and Potrero Hill. In these neighborhoods, palimpsests of masked graffiti are visible on nearly every block.

Couched within a broader narrative of theoretical discourse, such compositions evoke mid-century connections between the architectural volume and the painted plane first elicited by Robert Slutzky and Colin Rowe in their seminal writings on transparency. Like phenomenal transparency as they describe it, painted-over facades are charged with multiple perspectives and a compressed time scale, conjuring an activated field in the narrow space between the volume and plane. It differs in two critical regards: the phenomenally transparent facade compositions articulate the views of multiple actors, rather than just one, and their creation is decidedly more public - both of which make these compositions inherently political.

Architects have long agonized over the aesthetic and performative qualities of the facade, but its role as a repository for civic narrative and political speech is rarely identified or integrated into its design. How might this physically narrow plane do more to negotiate the political friction it presently wears? 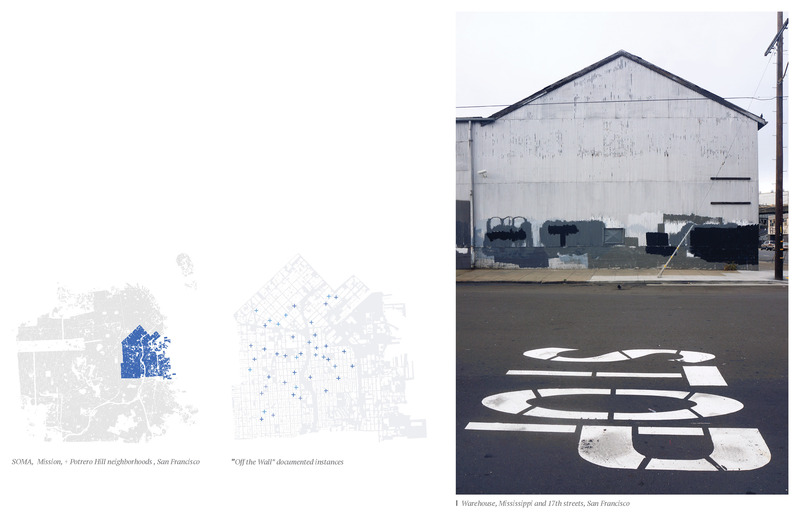 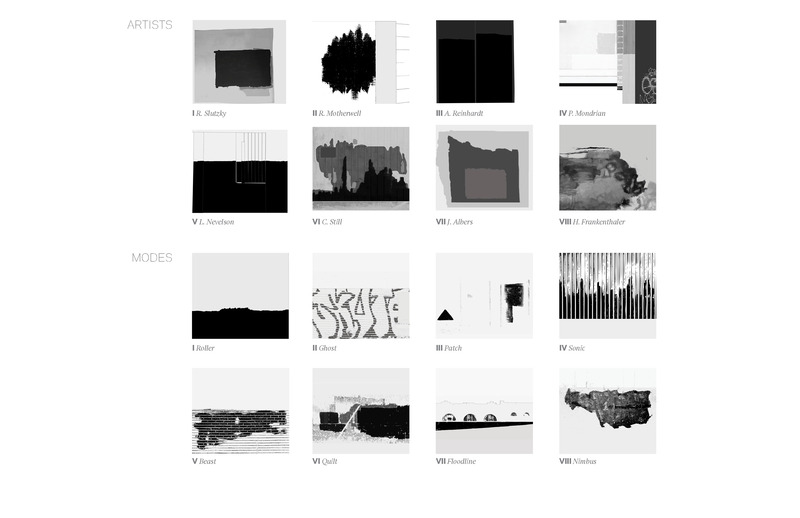 Diagrams of graffiti and its subsequent obfuscation: types and modes. 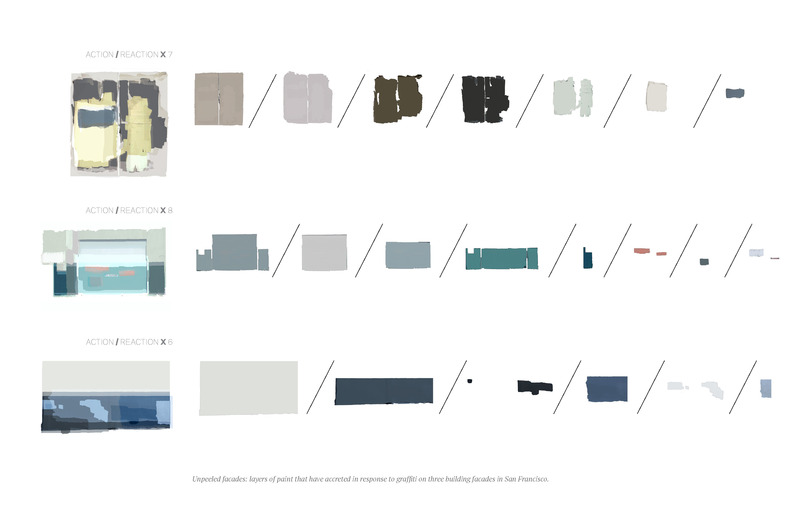 Unpeeled facades: layers of paint that have accreted in response to graffiti on three building facades in San Francisco. 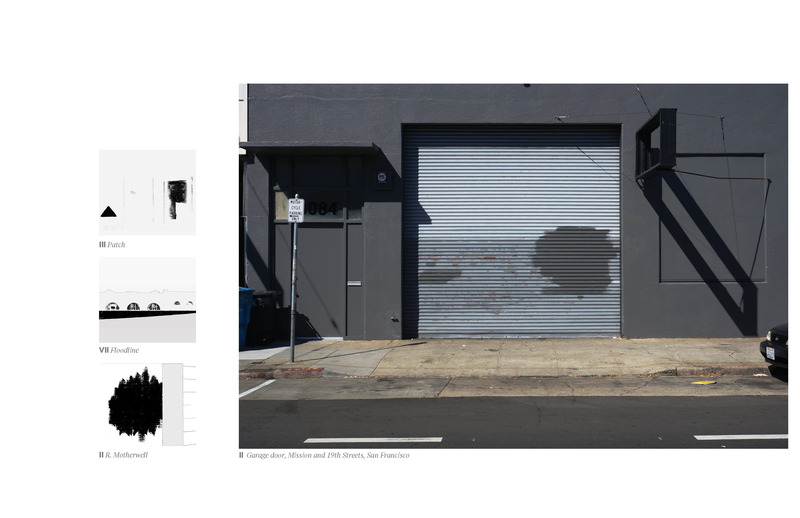 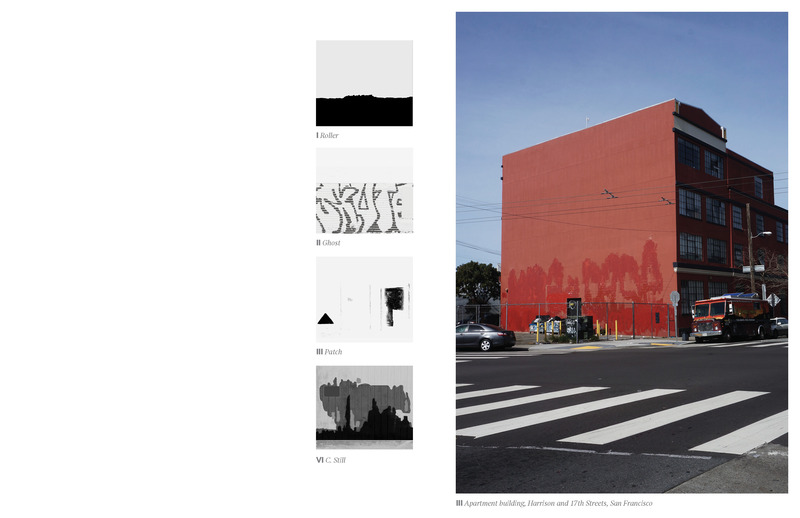 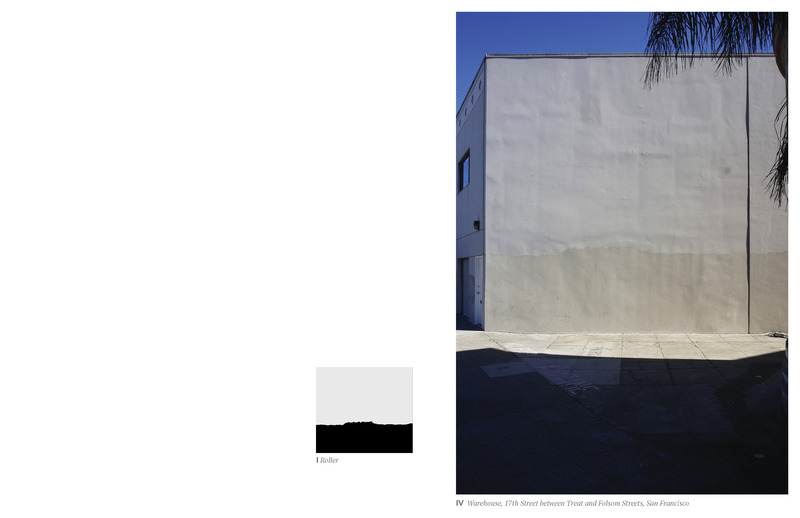