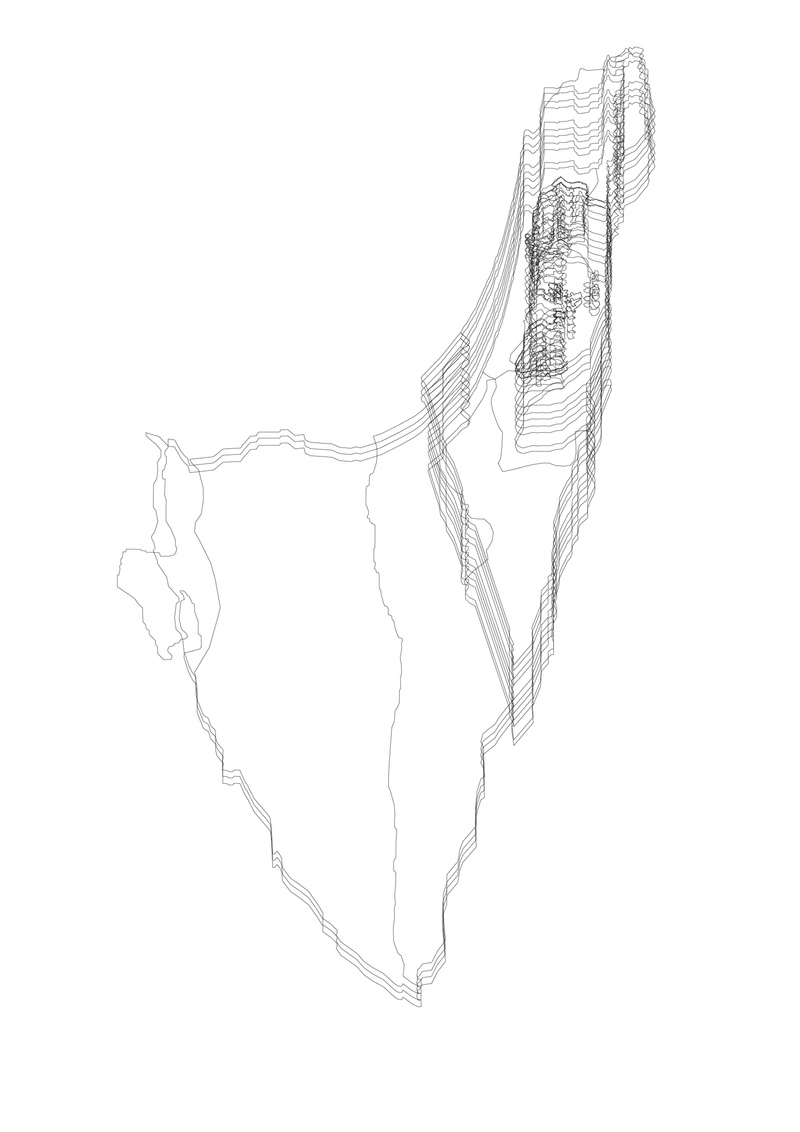 In West Bank, the word "sharing" assumes political, cultural, social and religious meanings.
Occupied territory after the Six Day War of 1967 by the state of Israel, the West Bank can be considered not only a unique and experimental design scenario for its spatial and territorial configuration but also a paradigmatic case of contemporary government and territorial modification. The geographic complexity of this place is probably the most important parameter to understand the strategies that have built the conflict scenario. The rules that regulate the occupation, the architectures that make up the geography of this land and the infrastructural apparatus, underlines the presence of two different territorial layers on the same land. Eyal Weizman has written that the Palestinian archipelago is the result, not of a colonial process of stable and governable transformation, but a constant and seemingly anarchic evolution of the management of the war place, where systems of control and occupation have thus introduced a new way of imagining space: two separate but overlapping national geographies1. A geography that is continuously re-drawn following a clear strategy characterized by a permanent state of exception2, that determines the planning choices, the land occupation policy and the principle of operation of the military architectures. The West Bank is, therefore, the tridimensional representation of the clash between two people for the same territory: two different but related geographies in mutual relationship through a uniform and indivisible shared land.

From Sharing to Profitable interdependence

To read the limits and the meaning of the crisis scenario as a new opportunity offers diversified developments of "sharing”; not through a forced social relationship between the two peoples or uniformity of the identity, but rather for the exaltation and harmony differences. The right to opacity3, by the Martinican poet E?duard Glissant, is a central point of the theoretical process that changes the general “coordinates of the thought”: From sharing to the profitable interdependence4.

Different identities into the divided territory but at the same time united with the ecological interface. The territorial fragmentation can therefore be considered as potential field of relation and exchange where to build a new vision based on the indirect sharing of the natural environmental resource.

The disruptive effects of the geopolitical on the ecological are shown to be numerous, and they compound the various negative externalities of the conflict. Drawing from the field of landscape ecology5, an index of spatial scenarios is proposed that counter the crude tectonics of the border not with another artificial devices, but with the ecological and temporal.

To establish an ecological process that acts on the urbanized areas lacking of infrastructures, polluted soils and the progressive environmental degradation of the dry lands, become an opportunity to develop transformative process of the territory based on repetitive, flexible, sustainable and soft ecological patterns6.

4_about Distancing, Determining in Edouard Glissant, Poetics of Relation, University of Michigan Press.1997 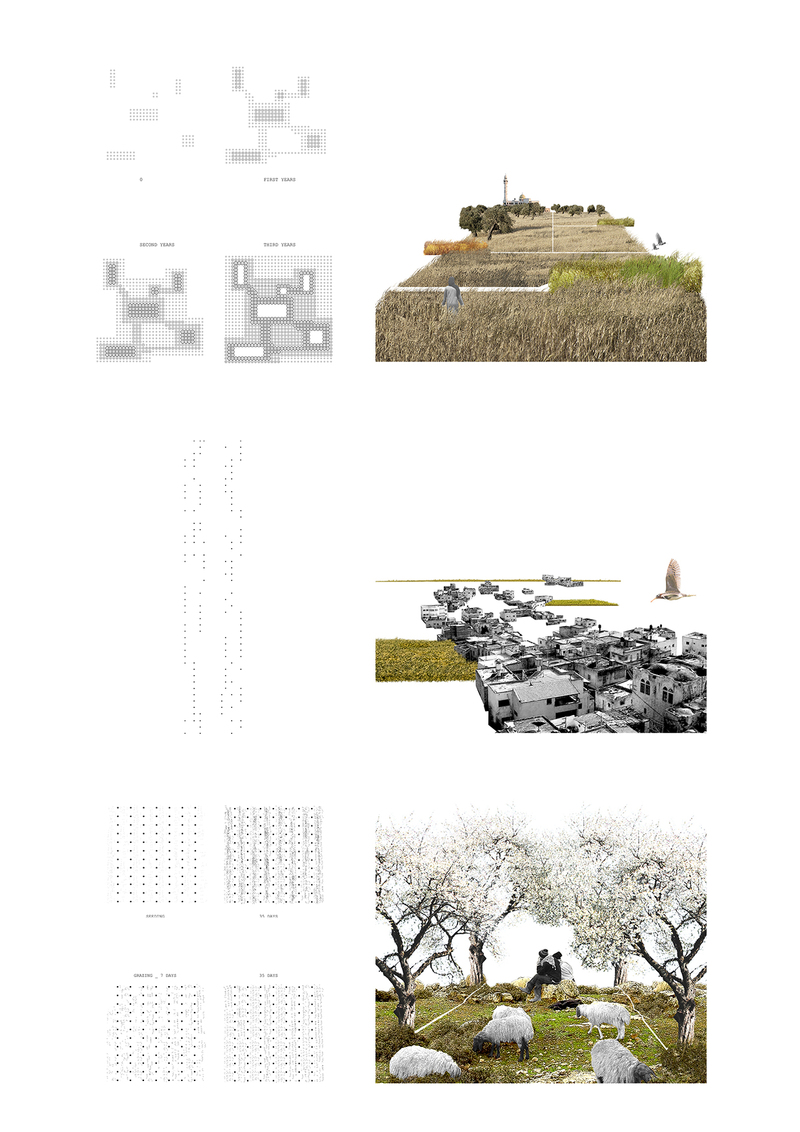 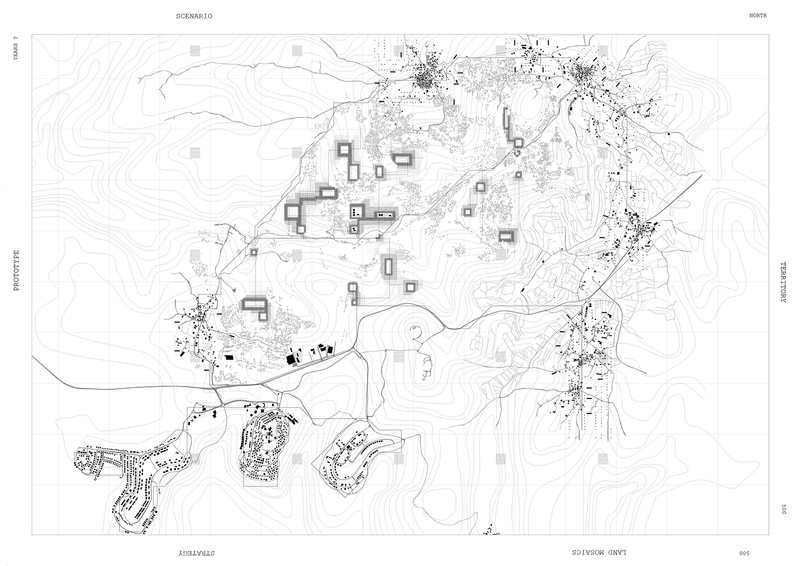