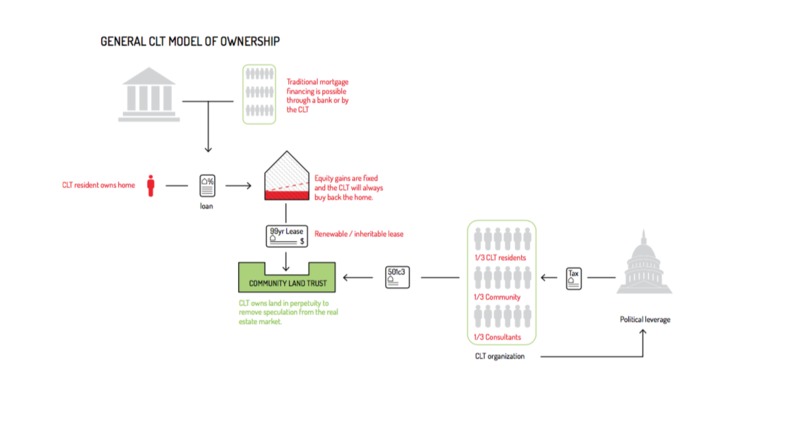 By decoupling ownership of buildings from land creates permanent affordability by removing real estate from the speculative market.

By Marc Maxey and Ellen Donnelly

Do Not Disturb Occupants proposes an alternative approach to land ownership through the manipulation of property ownership, policy loopholes, tax dodges, political coups, and collective development strategies, mobilizing the agency of architectural research as the basis for housing advocacy.

Los Angeles, a region with one of the highest-value real estate markets in the country, will serve as a case study and be the focus of this paper. Many Los Angeles municipalities and their neighborhoods have historically high ratios of rental property to owner-occupied houses. The financial protocols of the past century, specifically the 30-year mortgage, enabled Los Angeles’s sprawl through widespread homeownership. This financial instrument is responsible for many of the objects and materials of our built environment as mortgage underwriters adhered to Federal Housing Administration standards and specifications without considering lifecycle or environmental impact beyond the term of the loan. By proposing alternative methodologies for financing and owning architecture, this project re-imagines single neighborhoods, block by block, as repeatable micro-cities that redefine the role of citizenship, community, domesticity, and the economics of housing through material and performance in urban space.

The financial ecology of the neighborhood is transformed using a Community Land Trust (CLT) hybridized with a low-profit limited liability company (L3c) to combine lots, assemble land, erase property lines, and operate outside of the traditional real estate market. Decoupling ownership of buildings from land creates permanent affordability by removing real estate from the speculative market. The previous ideology of homeownership–a burden only justified by rising real estate prices–is replaced with a sustainable approach to building wealth through a community-led, design-driven lifestyle where best-use rather than highest-use governs development.

Using this alternative model of residential development, streets are reconsidered as shared community assets and their use redefined. As cities become less reliant on the automobile through increased mass transit, cycling, car sharing, and driverless technologies, many residential streets function as mere parking lots. With municipal support from the city, the street grid can be reimagined as building sites encouraging incremental development at different scales to enhance the qualities of urban experience. Cities are sites of constant change and policy must be revisited and reconsidered as economic, cultural and social situations shift. Architectural development, now reinstated under the logic of sharing, defies formerly defensive structures of NIMBY-ism and builds consensus through risk and reward. Do Not Disturb Occupants offers a radical new chapter in the city’s history where economic necessity meets the uncanny, and all the neighbors are on board. 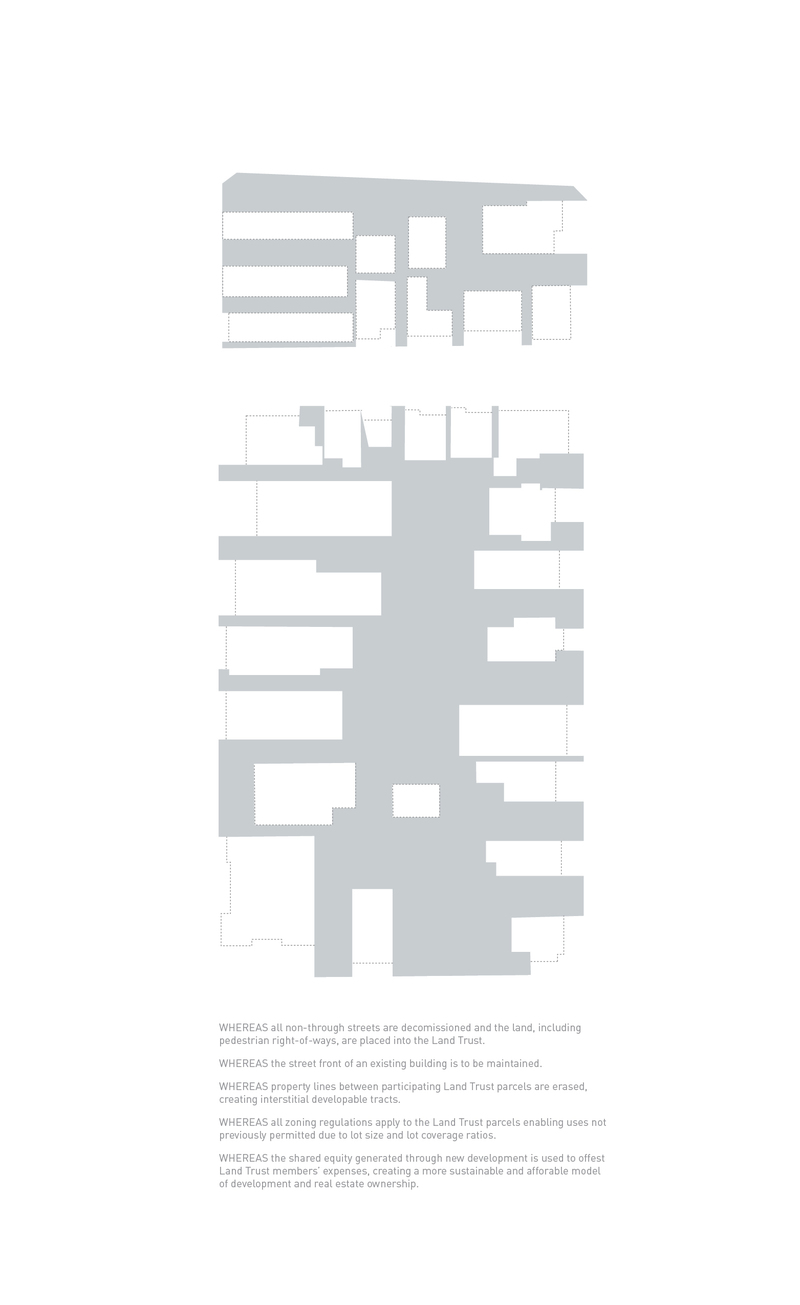 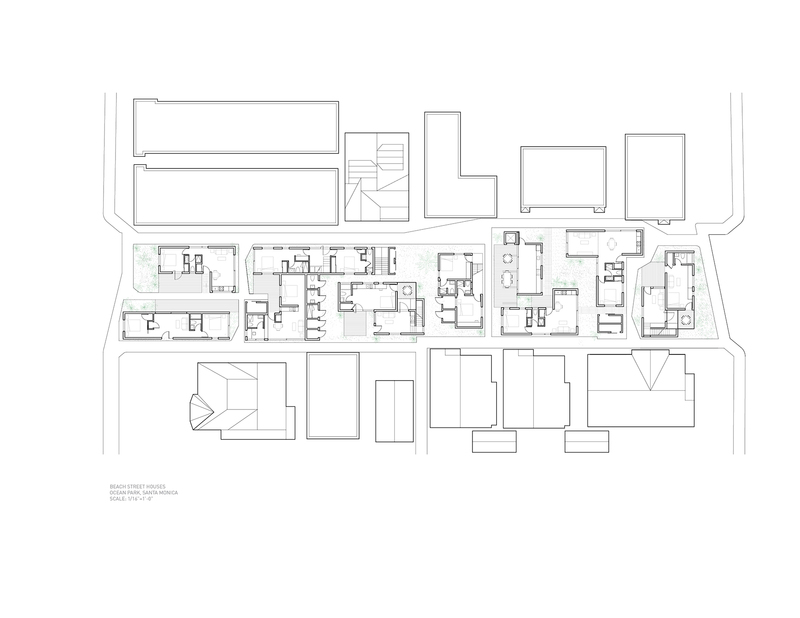 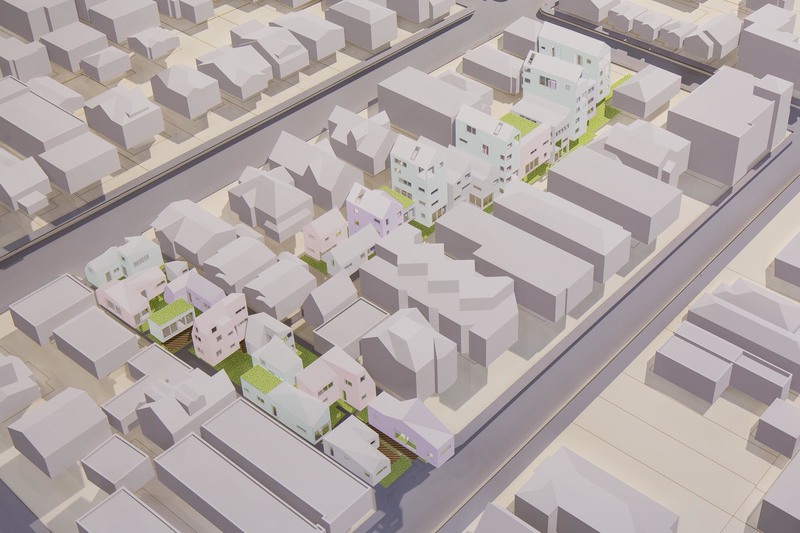 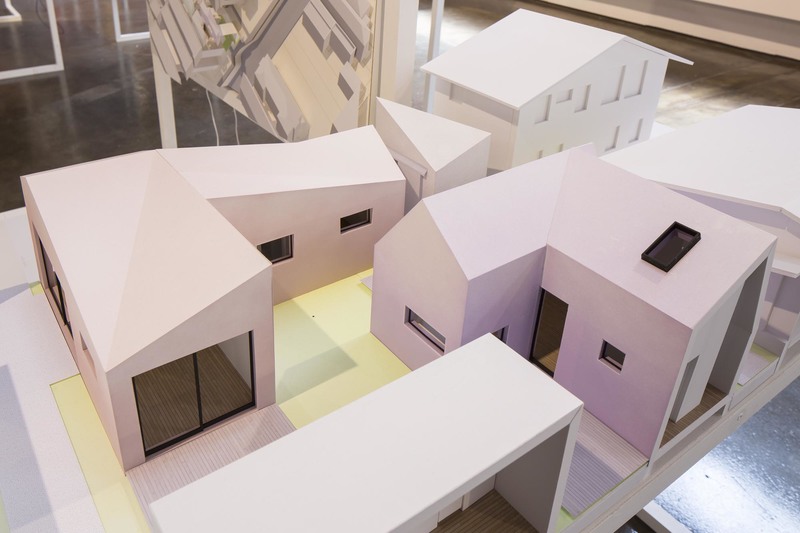 By building houses in the street, while maintaining existing sidewalks blur distinctions between public and private spaces, the houses reconsider frontality and instead preference an architecture of all-sides. 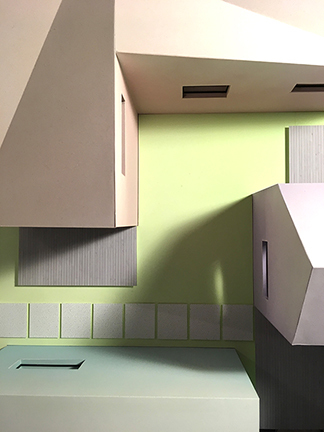 The traditional backyard is replaced with shared spaces between houses - a network of walkways and decks create community spaces between residential units.