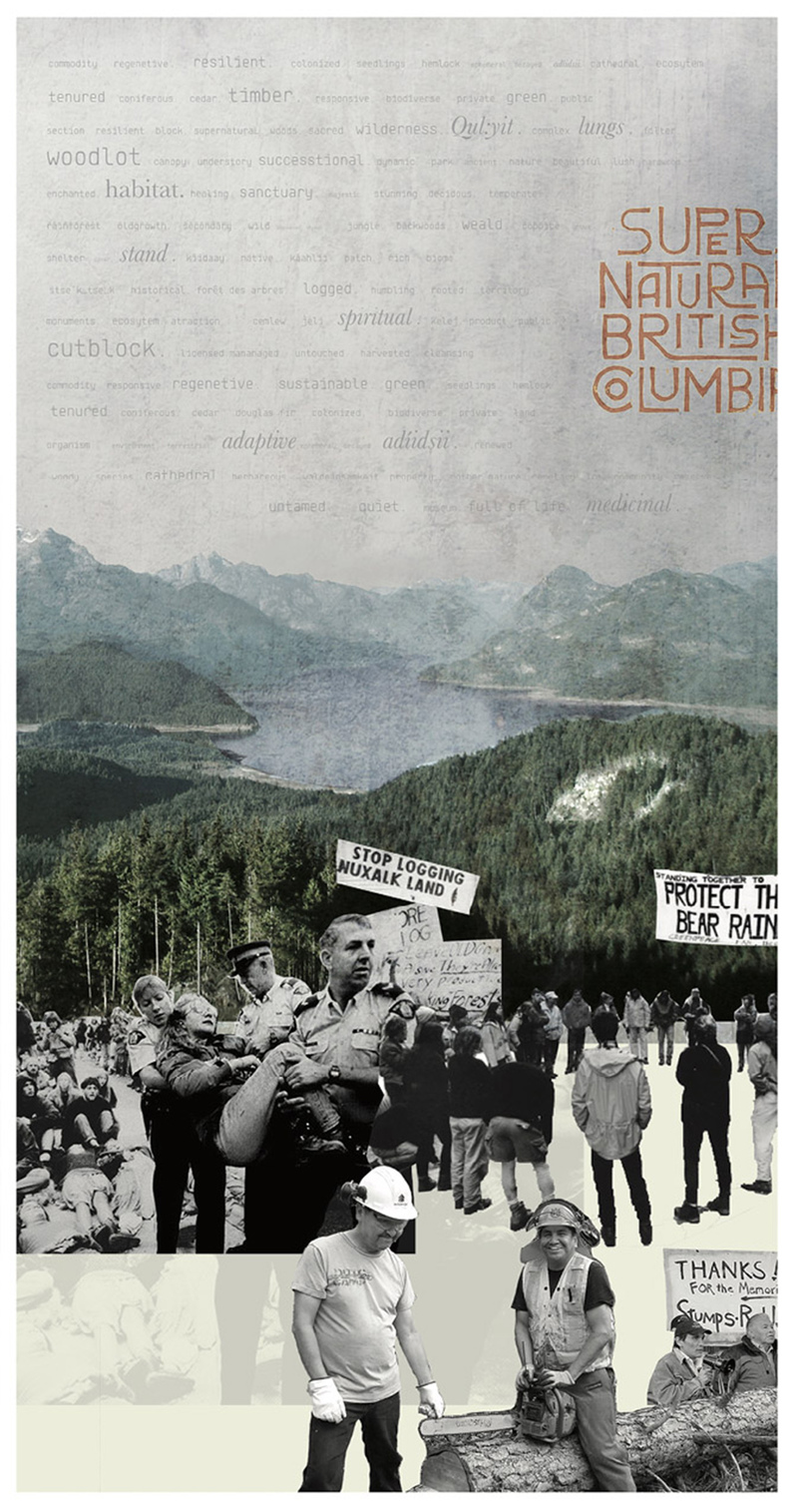 It is summer 1993 and 12,000 voices echo out of the serene rainforests of coastal British Columbia. The increasingly patched and polarized landscape has been in the hands of powerful forestry corporations, primarily viewing the ancient ecosystems as repositories of high-grade timber. Indigenous groups have lost sacred sites, hunting and foraging grounds, as well as traditional ecological knowledge tied closely to the land. Twenty becomes forty and forty becomes four-hundred. Soon thousands of people gather to save the forests of Clayoquot Sound, British Columbia, in what marks the largest act of civil disobedience in Canadian history.

Today, twenty-five years since the Clayoquot protests, the ‘War in the Woods’ continues. The ancient temperate rainforests of British Columbia are pressured in multiple directions, serving the province’s economic pillars of both nature-based tourism and the timber industry, as well as First Nations activities. This article and design exploration questions: how do you share an ancient forest? and what role can designers and landscape architects play in facilitating this?

Port Renfrew, branded as the “Tall Tree Capital of Canada,” is the site for this design exploration. The Vancouver Island coastal town is commonly known for logging and fishing, but is quickly becoming an eco-tourist mecca. The region boasts some of the world’s largest and oldest trees, yet also the most contested. Major user groups in this area, i.e. First Nations, the forestry industry and recreation/tourism industry, are often in conflict over how these unique forests should be used, harvested and/or conserved.

This design project proposes a new infrastructural network spanning from the trailhead of the world-famous West Coast Trail and continuing up the valley to one of the regions major attractions -The Big Lonely Doug. The design proposal includes a forest centre/tree nursery, over-night campsites, and an extensive multi-use trail network, comprehensively stitching together the competing interests of the forest.

The forest centre and tree nursery is the gateway to the site. It is a multi-use centre housing the new Pacheedhat First Nation saw mill, tourist information, Pacheedhat community activities, forestry meeting rooms and research labs, as well as a locally-run tree nursery. Visitors arriving to the site can check-in for multi-day trips at the forest centre and grab seed paper maps locating sapling catches along their route, as they are encouraged to participate in the region’s forest recovery.

Campsites are developed on the site for overnight accommodation on multi-day trips. Tent platforms, picnic tables, benches and outhouses are built from the logging slash currently piled on site. The campsite infrastructure also doubles as infrastructure for Pacheedhat land-based programming, providing platforms, tables, benches, poles and racks for cultural activities and education on traditional territory. 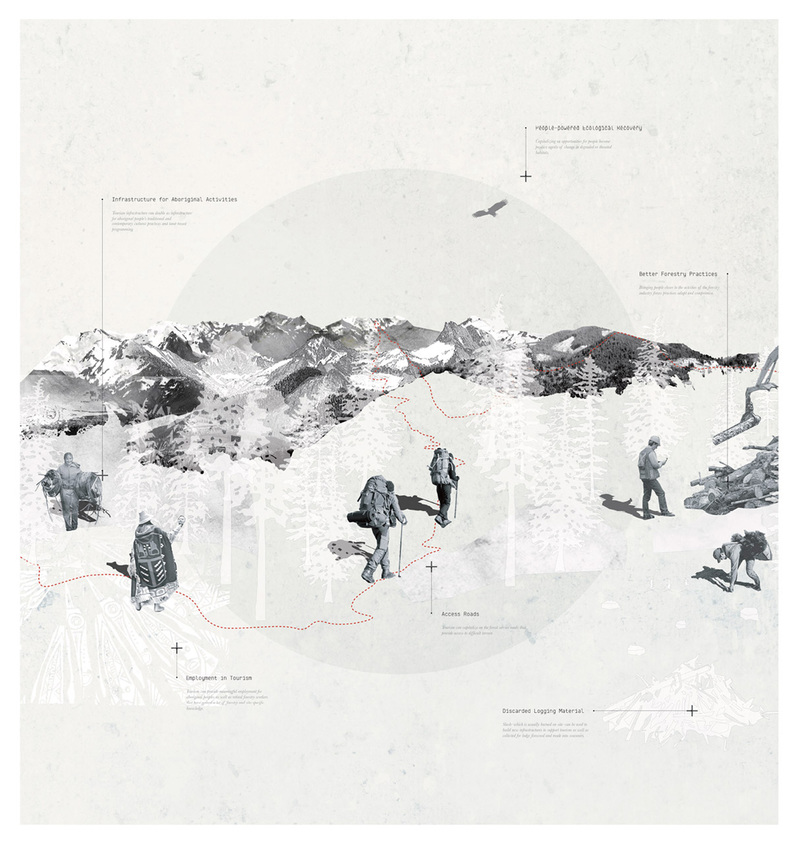 Many Feet in the Forest: Mapping interrelationships between the competing interests of the forest, primarily local First Nations, the recreation/tourism industry and the forestry industry. 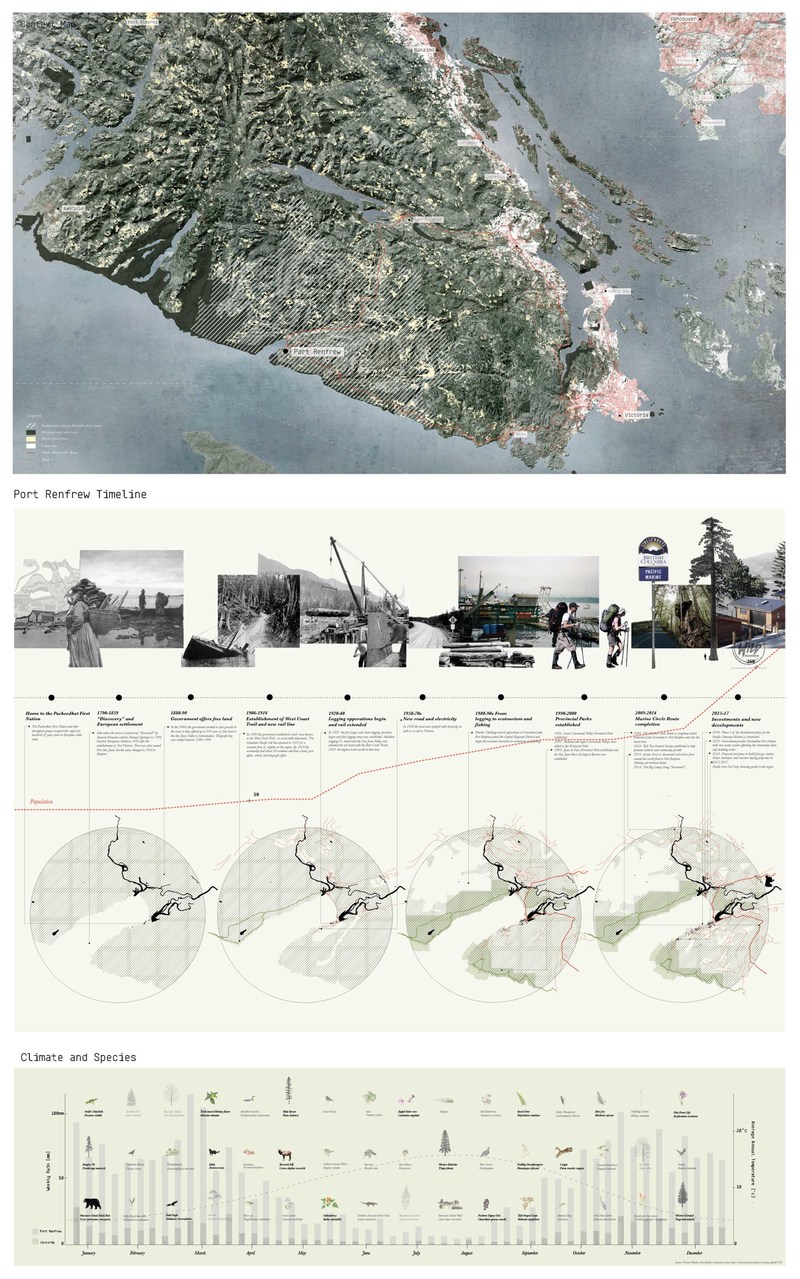 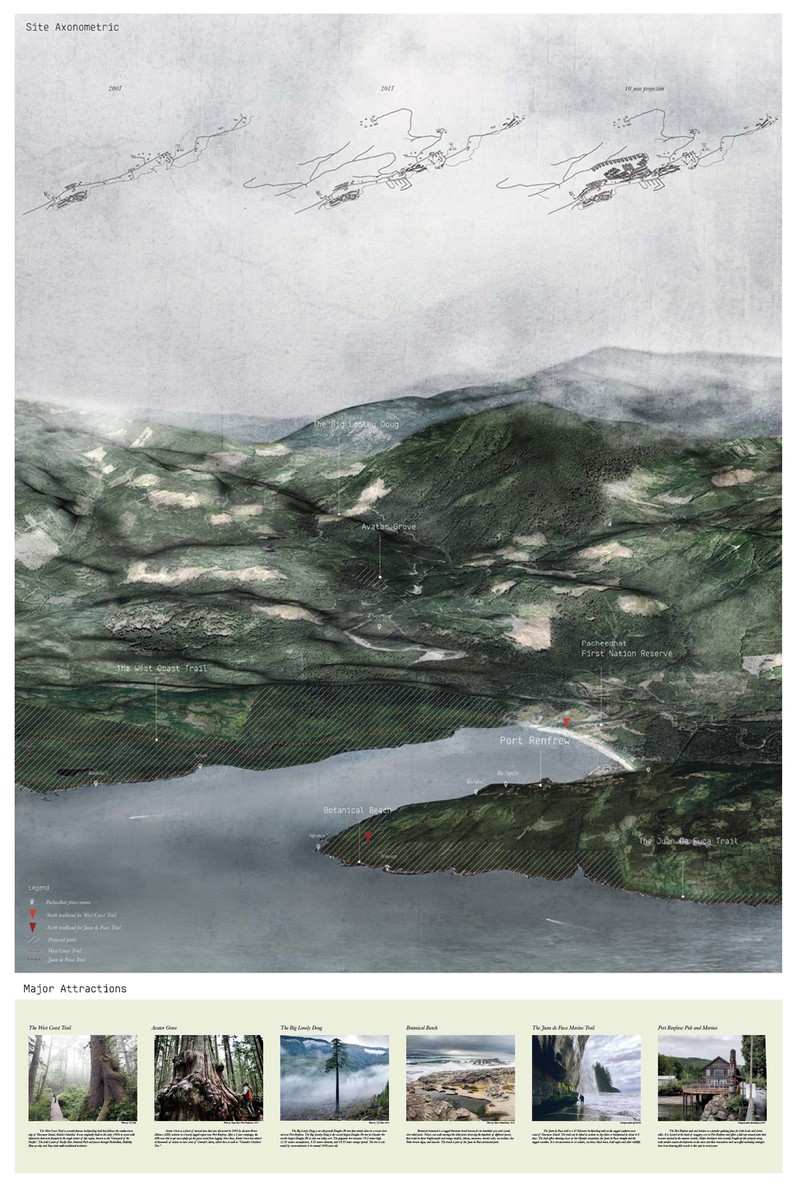 The Campsite, phased over time

The Multi-use Trail, phased over time 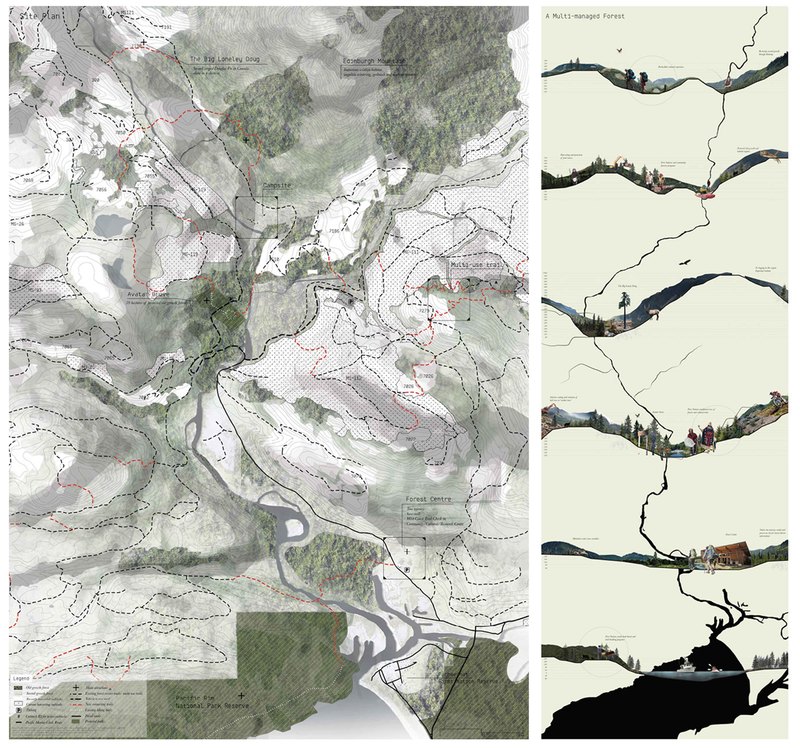