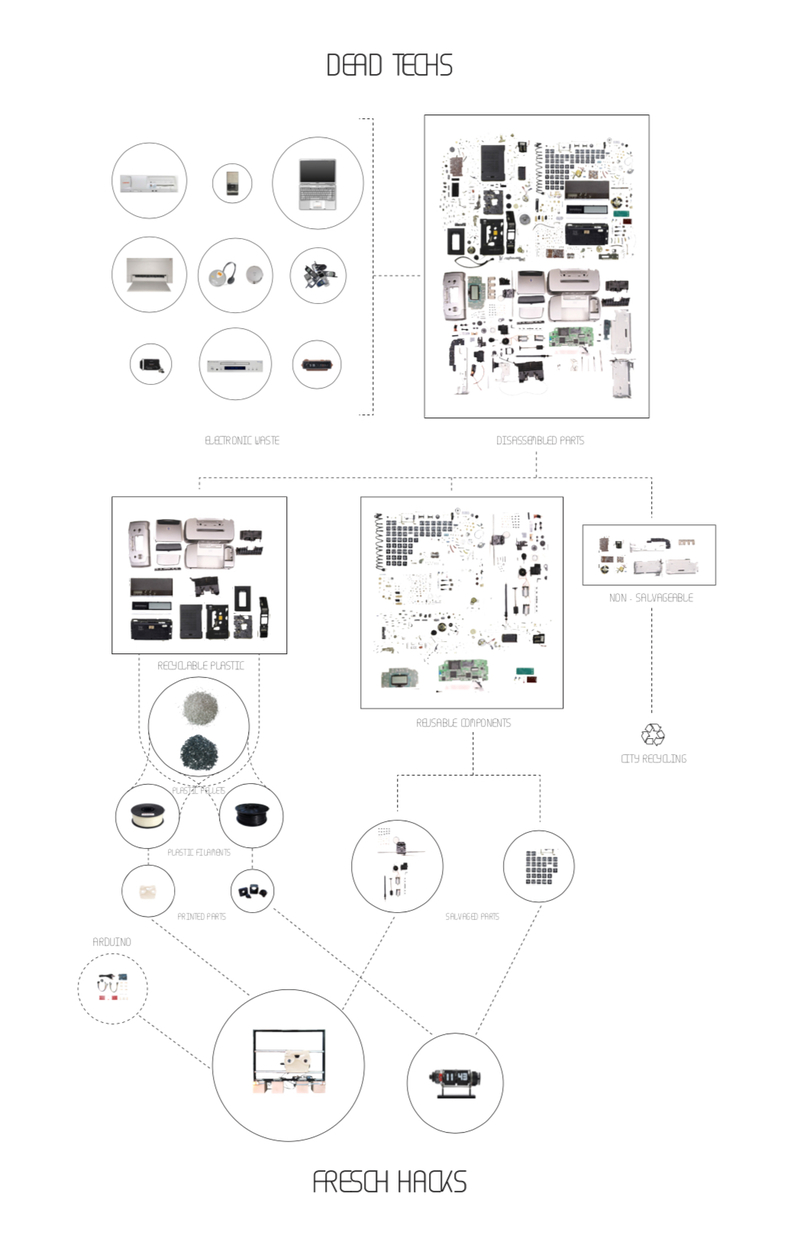 By Harry Wei and Han Dong

Maker culture is an emerging phenomenon fed by the recent advancements in digital fabrication technology as well as the swelling of online DIY communities. Information and tools that used to be exclusive to large corporations are now accessible to anybody with a computer and an internet connection. This changing technological cultural trend is quickly inflating from a hobbyist scale to a fundamental revolution in our manufacturing economy. Such shift in protocol is provoking a discussion around the demise and revival of urban manufacturing and calls on planners and architect to bring manufacturing back into the reconsideration of city design.

The Bowery is used as the testing ground to reassert the programmatic relevancy of the factory as a place of sharing know-hows and tools. The project propose to dovetail hackerspaces, neighbourhood-scaled urban microfactories, and the untapped capital of e-waste management, to create a new ecosystem of production and consumption that centers around a new architectural typology of the makers. 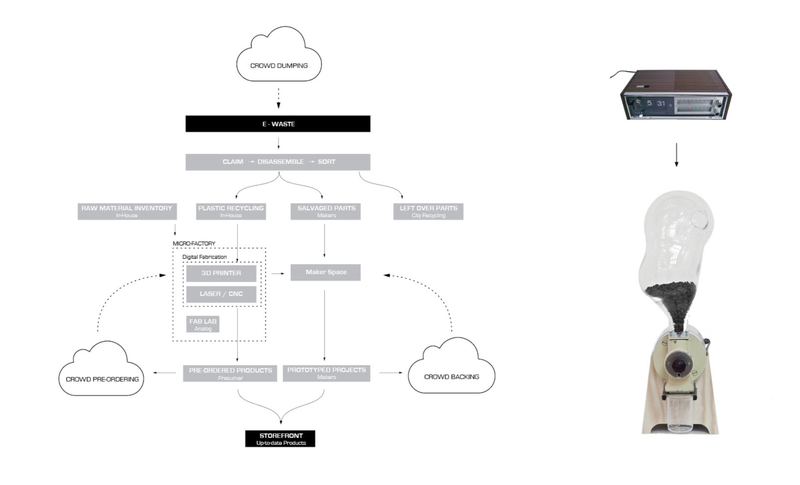 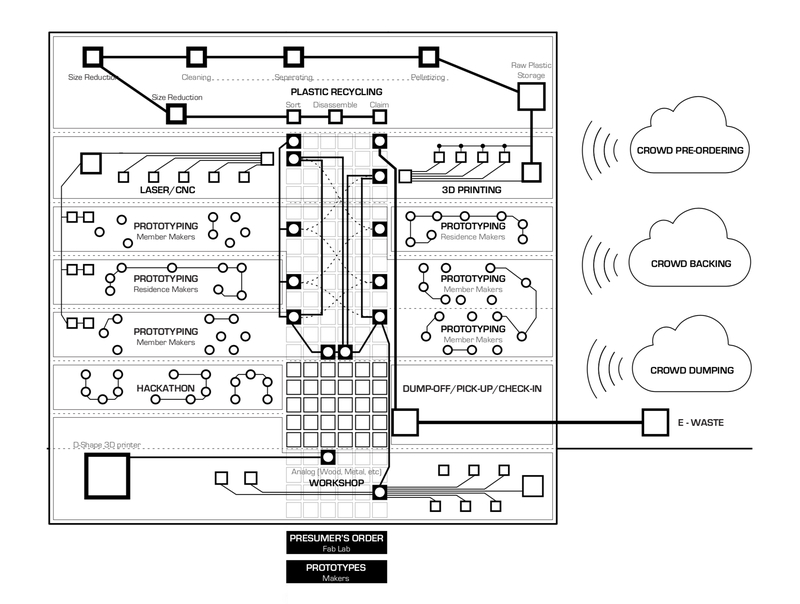 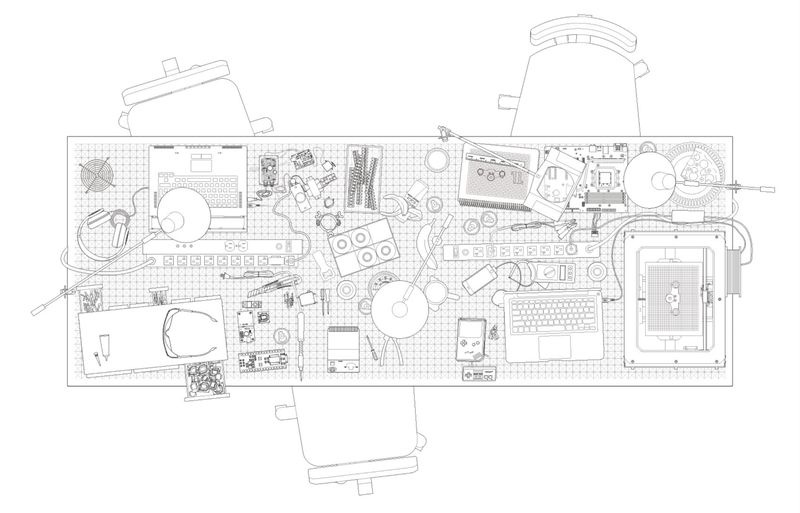 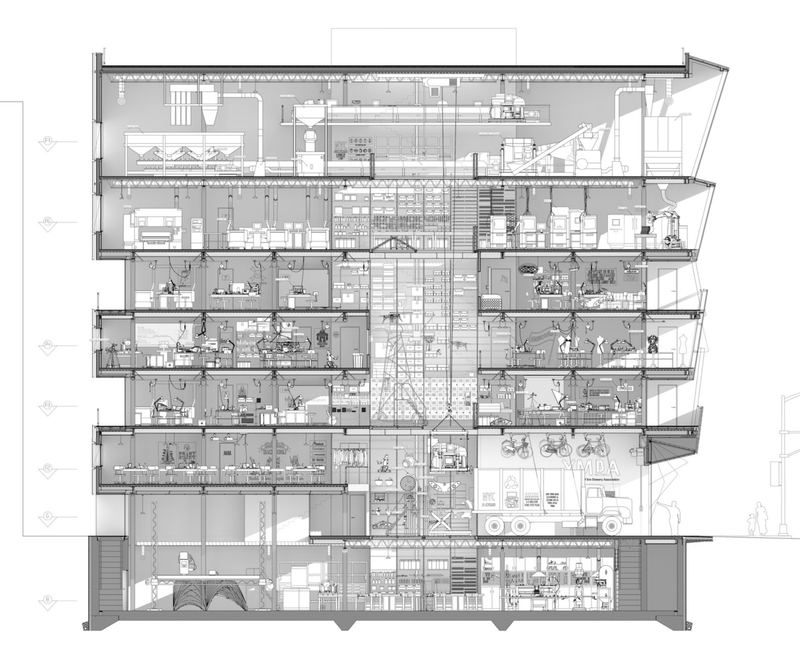 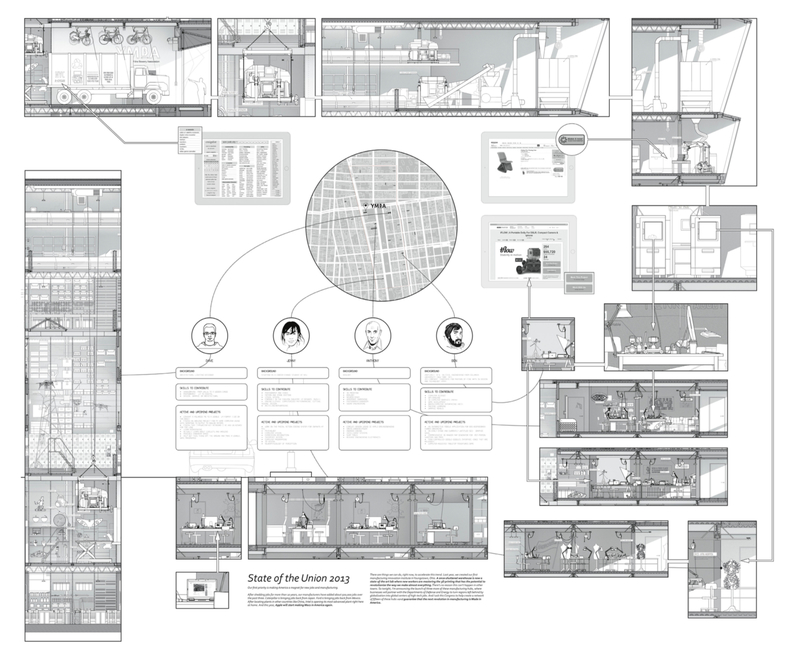 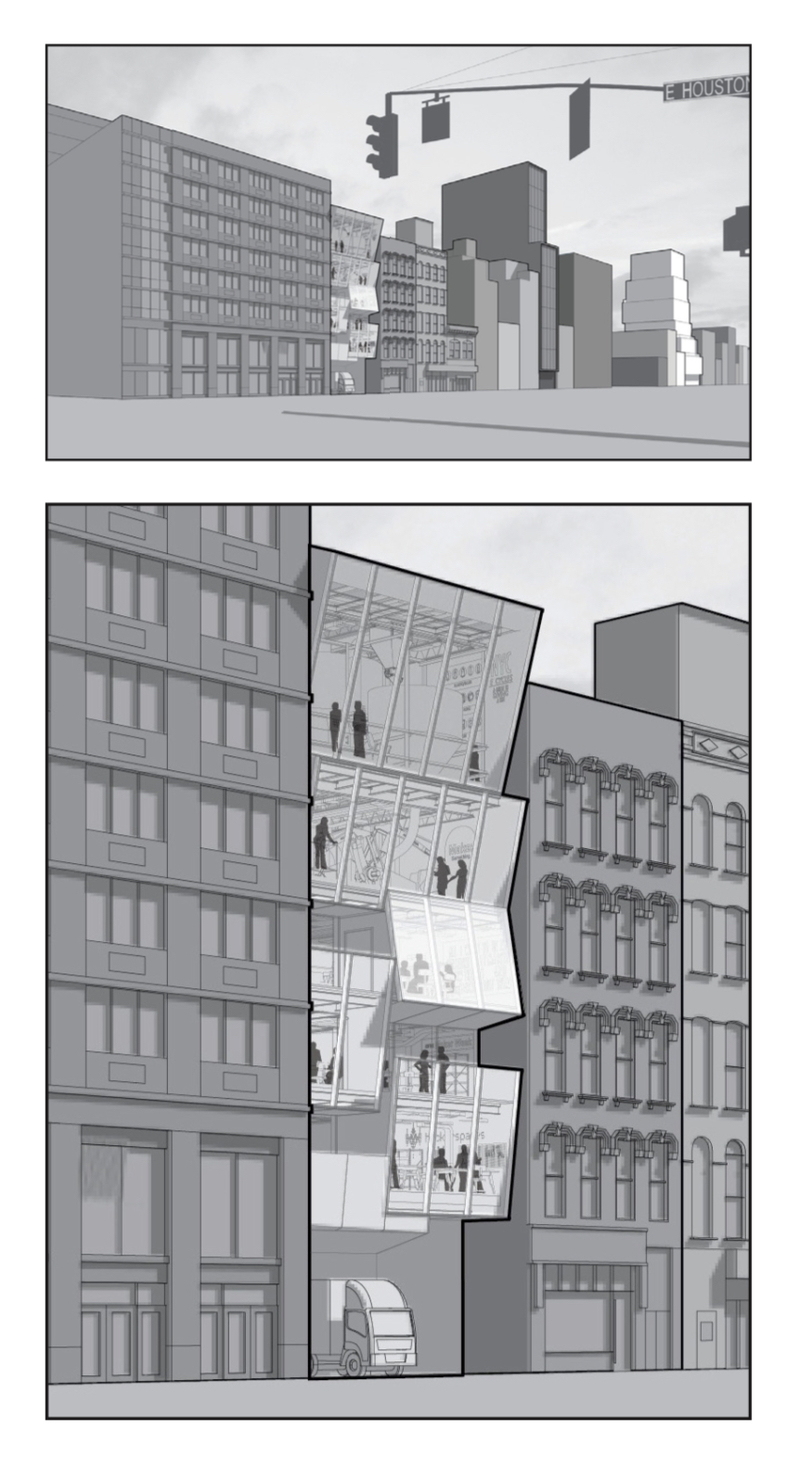