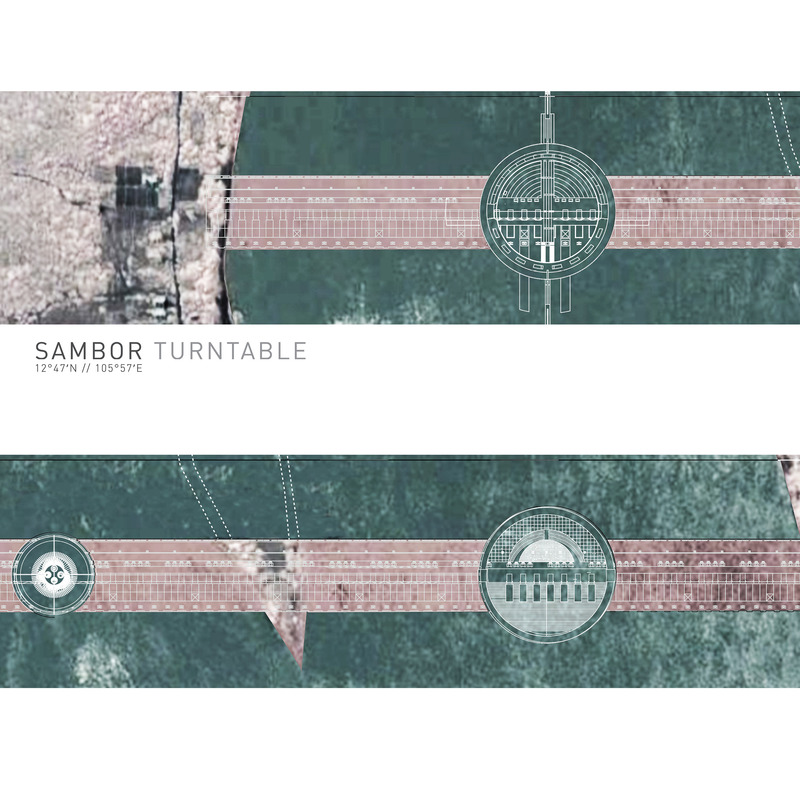 [THIS IS AN ONGOING PROJECT. PLEASE NOTE THAT I AM MORE THAN HAPPY TO FURTHER THE WORK ON REPRESENTATION AND WRITTEN WORK IF SELECTED FOR PUBLICATION. THANKS VERY MUCH!]

Empowerment through the sharing of power: On the sharing and symbiosis between infrastructure, culture, and nature

Dams don’t have to be merely the dams through which water passes through to generate electricity, or the reservoirs in which water gets held for over half of the year; they should be shared equitably and harmoniously amongst the community, the economy, and the ecology. It’s a destination and a passage where all stakeholders of the process (including fishes, dolphins, and sediment) should enjoy and thrive.

As one of the largest and most biodiverse river basins in the world, the Mekong River is currently experiencing unprecedented economic and population growth. With economic growth comes the need of energy, and a few dozens of major dams (include many that are twice the capacity of Hoover Dam as comparison) are bound to be built in the next 10-20 years across the river basin. In consequence, these impermeable walls will effectively slice the running river into segments - changing the Mekong from a running river to a series of stationary lakes, blocking the flow sediments while altering conditions of oxygen and temperature. More importantly, these dams will completely block the riverway in which billions of fishes rely on to migrate upstream and downstream annually. With the major economic incentive of selling and trading energy, the case is often that more growing economies tend to be more drawn to building dams, while energy is being traded upstream and downstream to more developed economies such as China, Vietnam, and Thailand. Countries such as Cambodia – which houses the Tonle Sap Lake where most of the Mekong fishes hatch during the monsoon season – will suffer from dam construction as fishing is a vital part of the nation’s economy.

Following a speculative research process through the ecological, economical, and social conditions of the River Basin, the Mekong Turntable responds to the situation through a series of operable gates and nodes that allow economic, ecological, and social prosperity to co-exist, letting the river to be shared between the needs of the people, the economy, and the environment. Inspired by precedents such as the railway turntable and roundhouse, these turntable dams will serve as grafted additions and exchange points to existing dam designs that mediate and allow passage for elements including temperature, oxygen, fishes, and sediment, in addition to a set of social programs that siphon off of these ecological elements – such as a sauna spa that takes the excess heat through the power generators. The vision is to establish a network of these grafted attachments along the river with a focus on the the Lower Mekong Basin (LMB), where it is most biologically and socially diverse and dense, with an abundance of fish communities as well as river-based settlements. The prototypical site for the intervention will be at the currently proposed 18km (60,000 ft)-long Sambor Dam – a run-of-the-river dam that has caused much controversy since its debut, which is the last and largest of the series of proposed dams in the lower basin before reaching the delta.

The prototypical Sambor Turntable consists of a combination of turning gate mechanisms that each operate according to its own needs frequency, working synergistically to address the consequences of dam constructions. Social and ecological programs are embedded amid the functional elements to allow the continued growth and prosperity of the local community, while providing recreational and commercial programs that re-activate communities displaced by dam and reservoir. 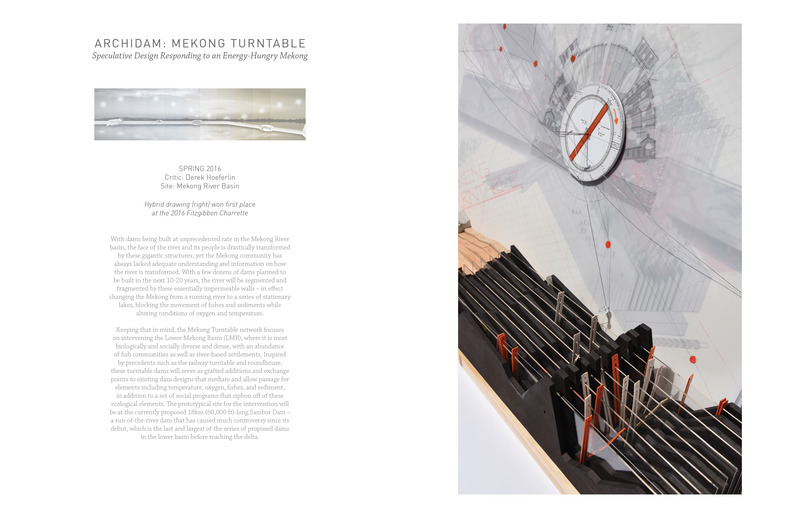 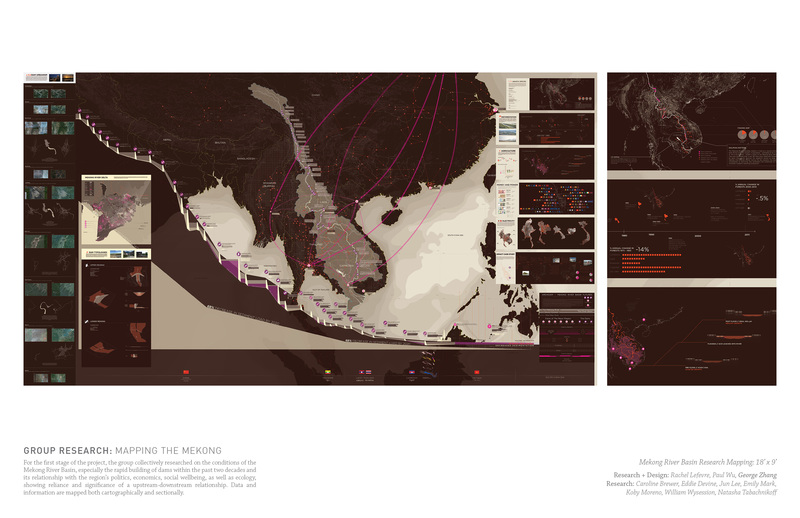 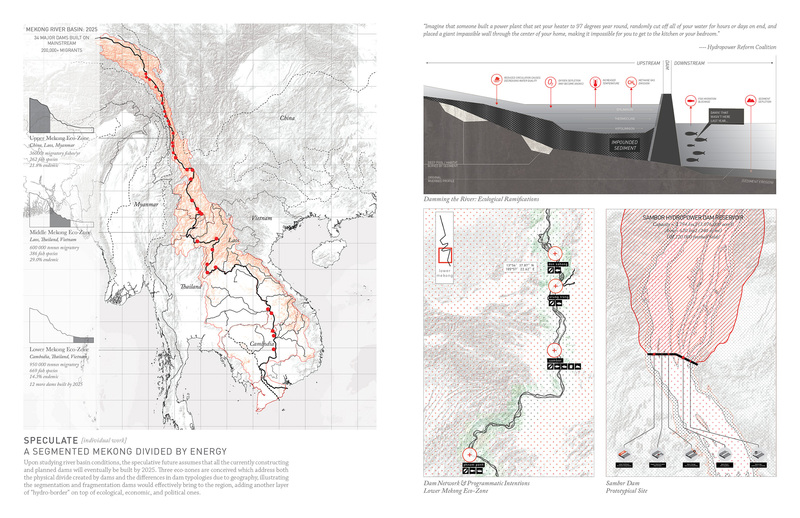 Individual research and speculation: more than 34 major dams built along mainstream Mekong, as well as a turntable intervention network along the Lower Mekong Eco-Zone 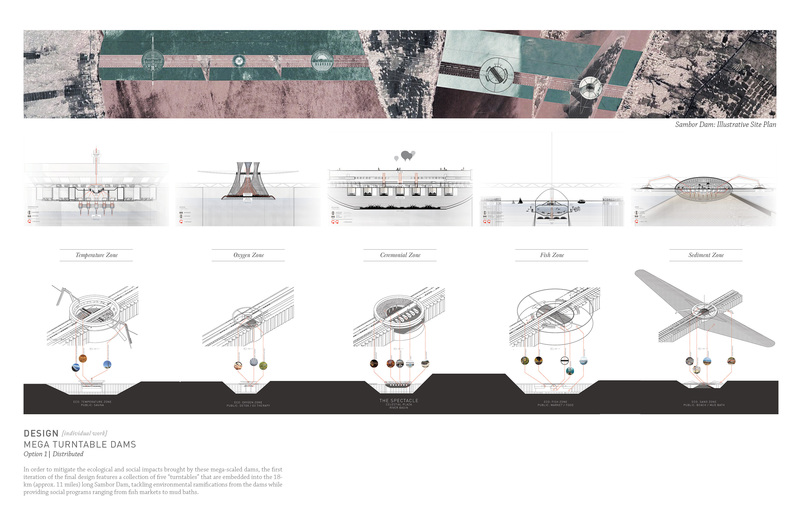 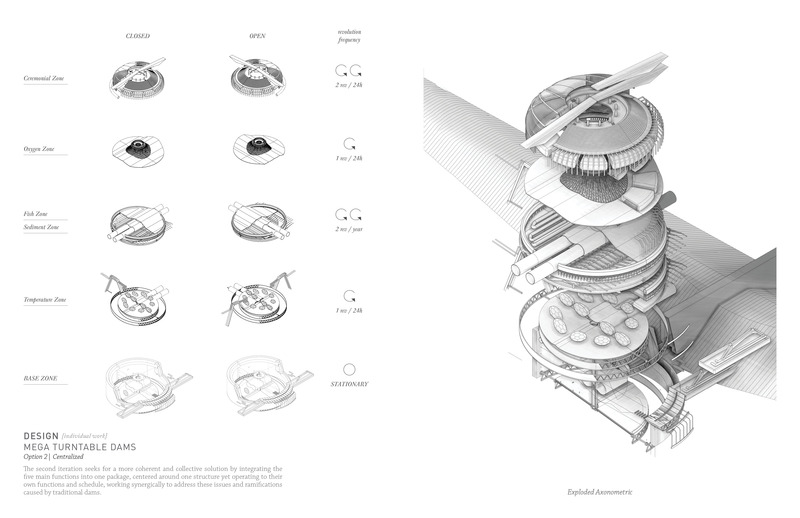 Option 2: A centralized turntable that incorporates the programs at a single location while each operating on its own turning interval with embedded programs 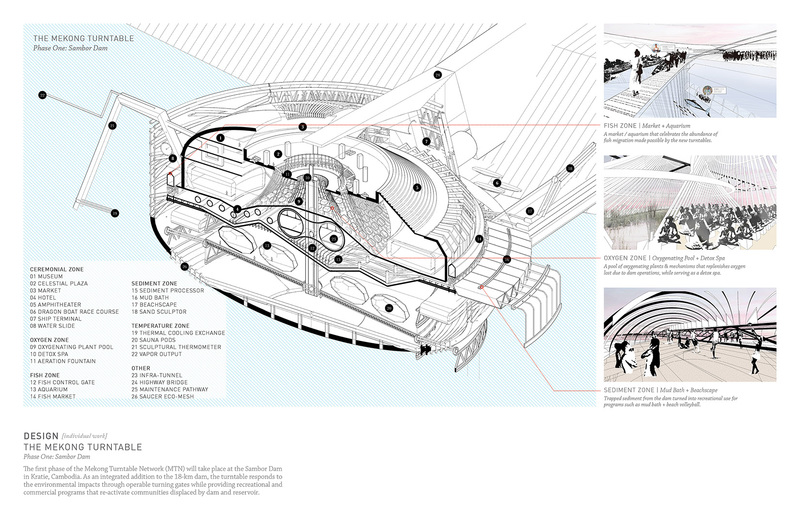 Anatomic section of the program distribution as well as scenario vignettes

Prototypical section of the fish turntable, allowing for fish migration passage while engaging with social programs such as floating fish market, diving pool, aquaculture, as well as native aquarium into the river.