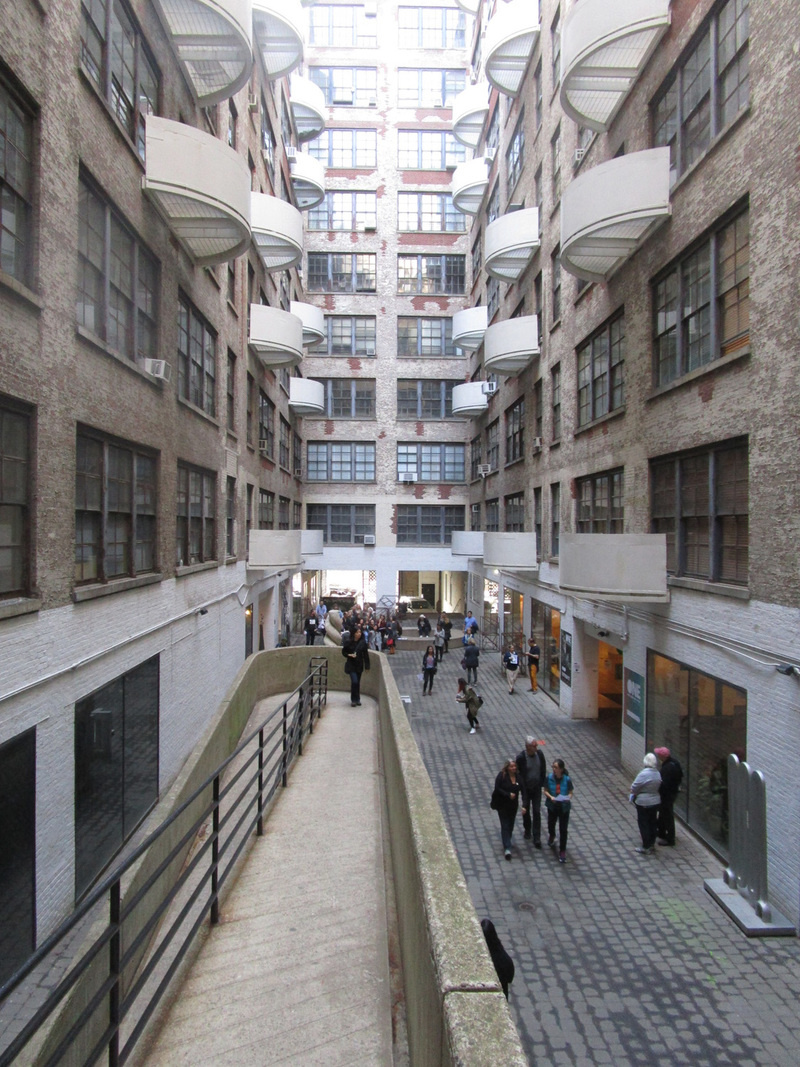 By Brian Holland and Andrew Bruno and John Vogt

"In the building you live in: go and call on your neighbors; look at what there is on the party wall, for example; confirm, or belie, the homotopology of the accommodation. See what use they have made of it; […] try to imagine on what a collective existence might be based, within the confines of this same building."

“Dammit, I’m out of cadmium red again,” Mel thought to himself, realizing he wouldn’t be able to finish the new painting until he ordered more online. His daughter used to resupply him in these situations, but it’d been six years since she fled New York in search of cheaper rent, and longer still since there were any artist supply stores in the Village. Mel raised his daughter in this maisonette apartment, which he’d occupied since 1979, and never missed an opportunity to point out that it was designed by two of the city’s most distinguished architects (Richard Meier and Tod Williams). He’d always been grateful for his affordable life as an artist in Manhattan, but these days the space felt rather gloomy; he wished there was someone to share it with... (figure 1)

Dee and Mel both laughed at the memory. Ethan, Dee’s artistic partner-in-crime had convinced her the rigging was secure. “It’s a tough building—it once housed Bell Labs!” But as she feared, the anchor came loose, and the sculpture collapsed in dramatic fashion, punching through the side wall. Dee and Mel had always been friendly but never realized their spaces were adjoining until that moment (Westbeth is notoriously labyrinthine). It proved to be a creative match made in heaven; they widened the hole to join their studio spaces, and the first double-maisonette was secretly established. (figure 2)

Dee was sure the game was up when FDNY discovered their illegal modification, but surprisingly, officials determined the conjoined units improved code compliance by introducing a second means of egress. News of the innovation spread, and other residents followed suit. Each of these new apartment pairings was different, due to the spatial complexity of the maisonettes.

3: Elsewhere in the building

New and larger apartment aggregations are established throughout the building, connecting three, four, and sometimes five units. The intensity of social and artistic collaboration reaches its highest level in years, and Westbeth reopens its waiting list to support these new micro-collectives. Dee, Mel, and Ethan now live in a quad apartment with six other artists; they renovated to create shared kitchens, bathrooms, and common spaces, while devoting more space to studios and bedrooms. In the courtyard’s north wing, there is a three-floor apartment dedicated to theater and performance art; the south wing hosts a sprawling network of painting and sculpture studios; still others support eccentric lifestyle combinations. (figures 3, 4, 5 and 6)

Disagreements, break-ups, deaths, and social discord. Blockades are put up, and apartments are subdivided again. These newly partitioned units often differ from Meier’s original plans, according to the circumstances of combination and separation. Dee and Mel still enjoy sharing their space, for now… (figure 7) 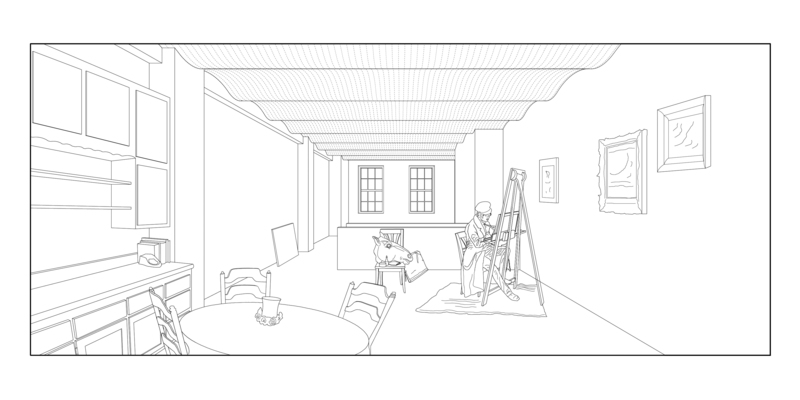 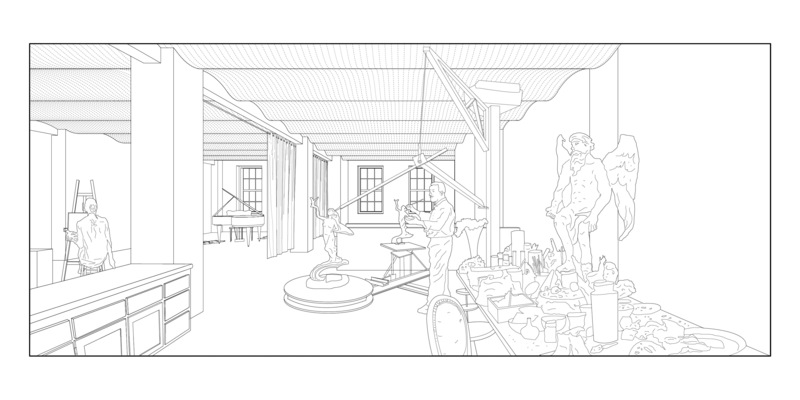 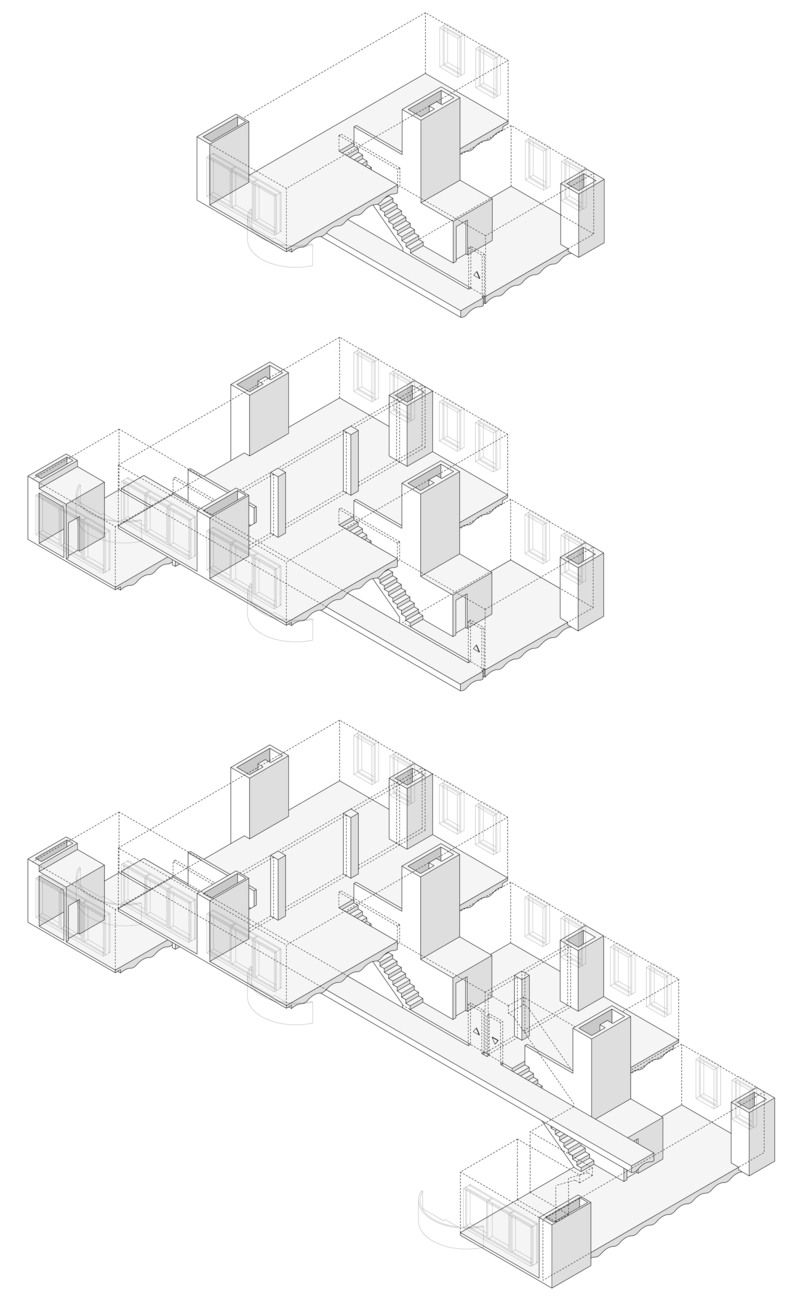 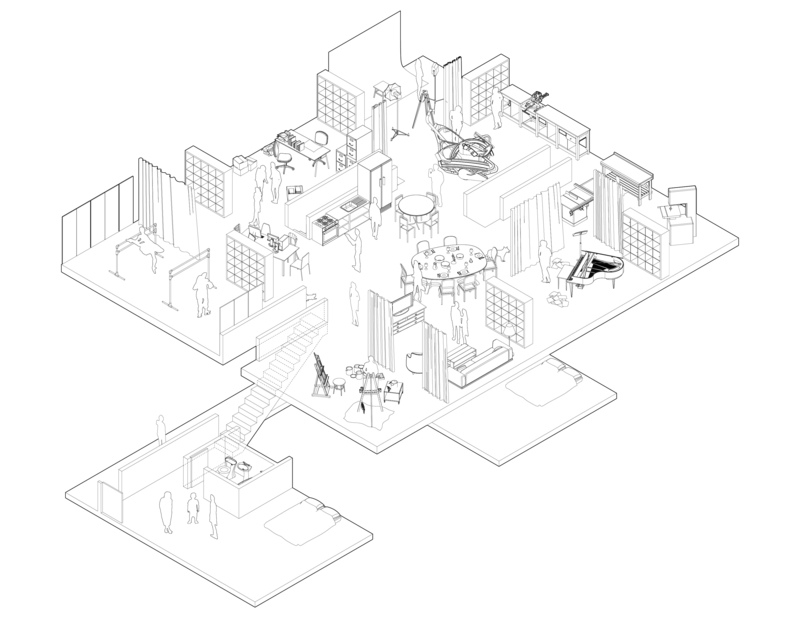 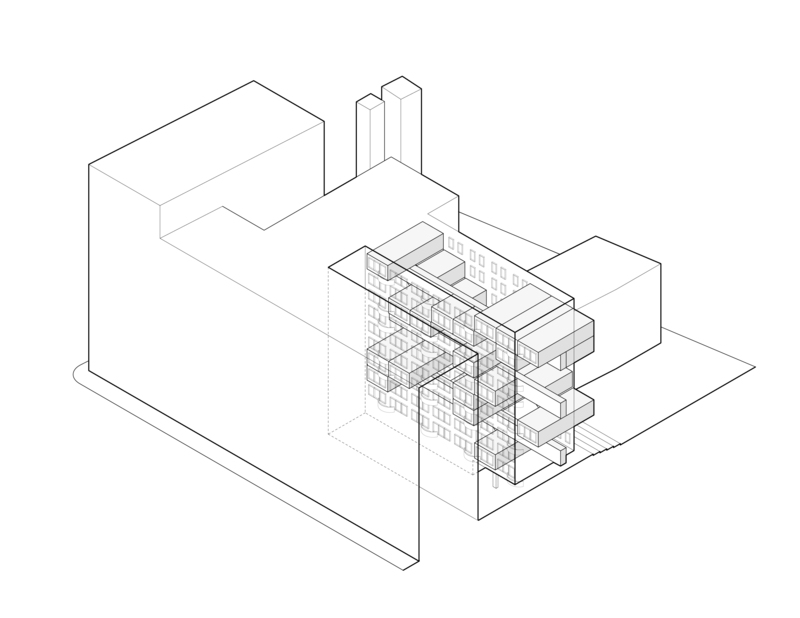 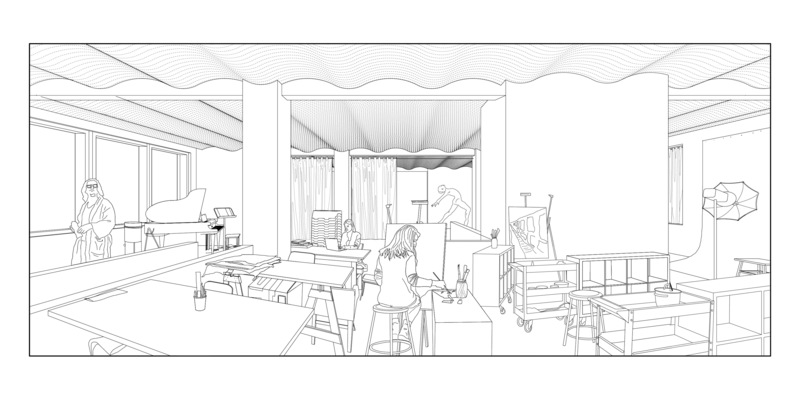 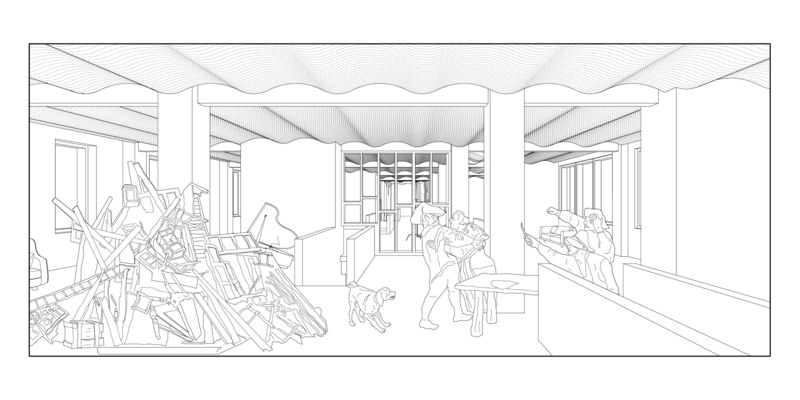