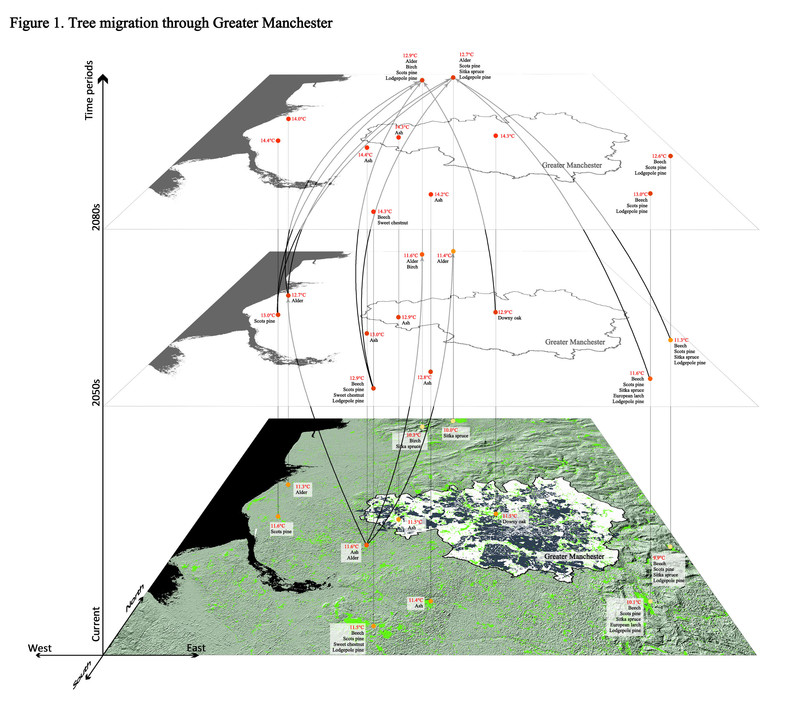 By Qiyao Han and Greg Keeffe

As pollution from fossil fuel burning continues to warm the planet, many species are already beginning to move northward to new habitats with more preferable climate conditions. In animals, such movements are obvious, however, for sessile organisms such as trees, movements are often far less apparent and rely on the dispersal of seeds. While in previous eras, trees were able to gradually expand their range through an uninterrupted landscape, current human activities, such as urbanization, deforestation and agriculture, mean that future tree migrations will have to overcome a more fragmented terrestrial landscape, which may impede their ability to track rapid climate change.

With that in mind, this article discusses the role that urban greenspaces, such as nurseries, parks, gardens and parking lots, could play in facilitating the movement of native tree species across cities. Urban greenspaces already serve as a means of propagation as well as a seed source for some species, although have not been considered under the circumstance of global warming. In this respect, the dispersal pathways followed by seed dispersers between urban greenspaces could be considered as an evolutionarily realistic response to climate change.

In short, if the future climate is going to change as quickly as predicted, urban spaces need to be shared with immigrant tree species as stepping stones or refuges along their potential migration pathways. We use a pilot project in Greater Manchester, UK, to demonstrate how a highly modified and fragmented urbanised landscape can be used for seed dispersals of tree species, and how permeable the city is to this process. It is suggested that new design opportunities should be explored in coupling urban landscape pattern with natural processes of seed dispersal, for example, reconnecting isolated patches and adding a series of stepping stones. 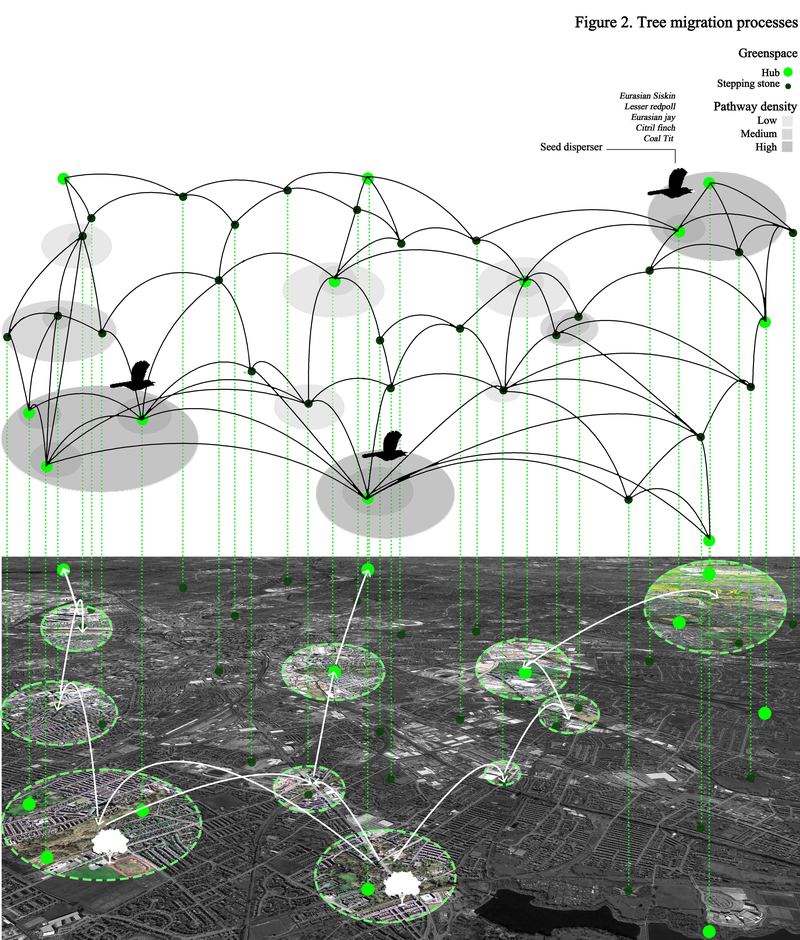 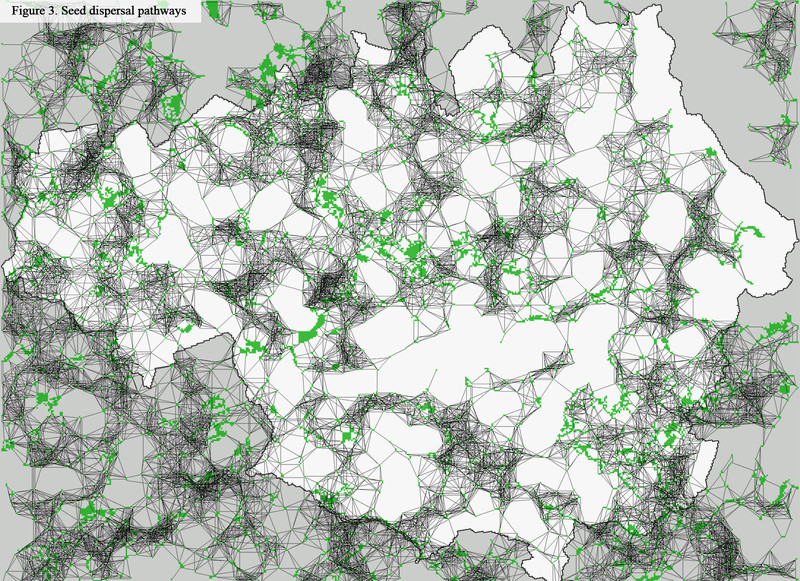 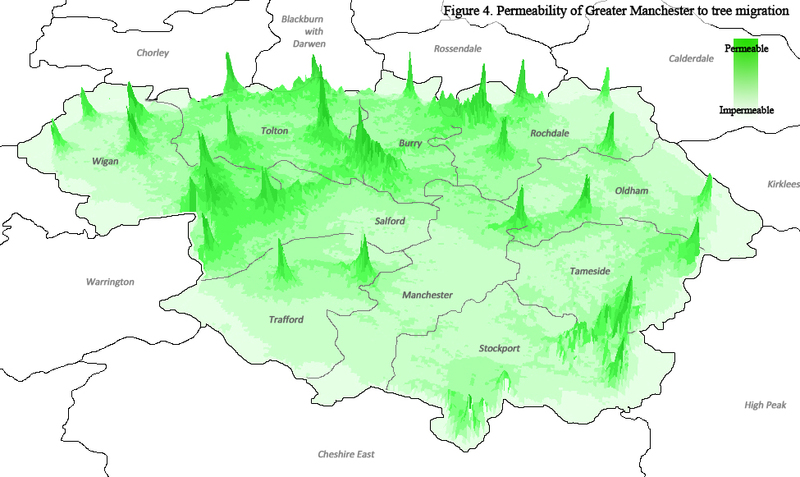