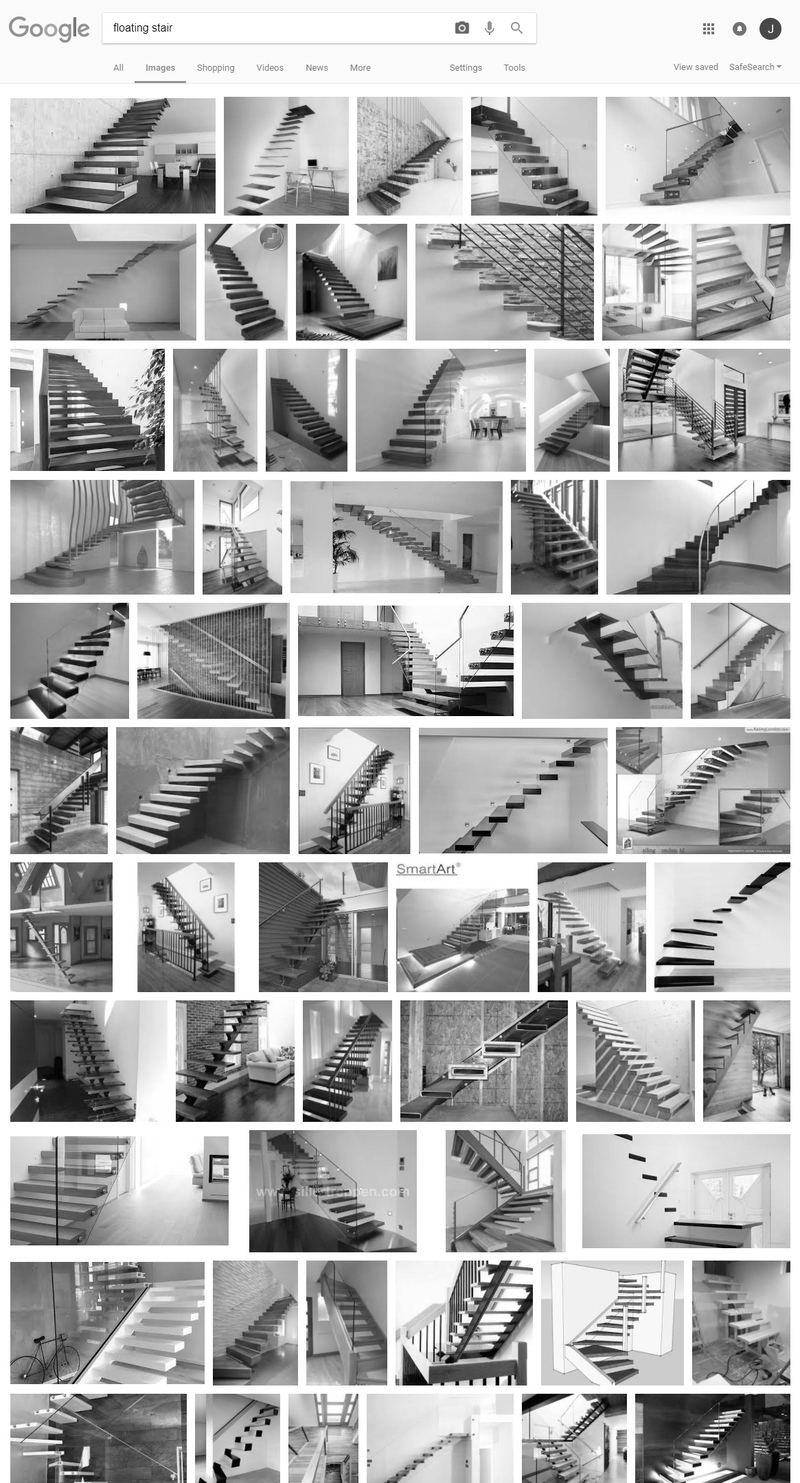 A Google image search for "floating stair" illustrates the difference between the meme (the search term) and its expression (the image results). Search completed on 24 January, 2018 via google,com.

In 1976, Richard Dawkins, at the back of The Selfish Gene, coined the term meme, defining it as a “unit of cultural transmission, or a unit of imitation." He includes “ways of […] building arches” in a list of sample memes. In 2005, scholar Kate Distin published The Selfish Meme, which extends the ideas of Dawkins and philosophers Daniel Dennett and Susan Blackmore into a more contemporary cultural context. In her own list of memes, Distin includes “ways of building houses,” among other items which are all “aspects of the cultural world that might be potentially passed on from one possessor of them to another.”

For architectural readers these references induce an obvious question: How could the discipline of architecture directly utilize the meme in a productive way? The field has been borrowing from biology for decades, from the ecological—in an understanding of ecosystems and environments—to the genetic, in terms of more recent explorations of parametricism and shape grammars. Memes are already virulently present in architectural communication; whenever, in criticism or conversation, we say that this looks (or doesn't look) like that, we are using memes to assess how one thing relates to another. Memes are more than the currency of imitation because, in large and overlapping arrangements, they create similarities, references, and lineages—they allow comparisons to be made. In this essay, the meme will be considered as the unit of sharing.

Formal memetics are already studied in great detail in architecture, as form is the phenotype of the architectural meme. When a building meme—“floating stair,” for example—is written, an image forms in each reader’s mind that represents the term, and comparisons are able to made by comparing the wide variety of expressions to the defining qualities of the term. Koolhaas’s Elements represents an exhaustive study of architectural components which could be understood as a compilation of historic memes.

But as the examples above indicate, memes are also useful within an architecture-specific discourse. Not just building themselves, but ways of building—and ways of talking about building—are memes. This opens internal conversations of how architectural culture assembles and relates knowledge in order to make new memes. An exploration of this mutational process as a memetic one would emphasize the transmission and adaptation of ideas over concerns of authorship. It would also allow for an understanding of how architecture absorbs external memes, and in return contributes its own memes back to the “soup of human culture,” the petri dish of its existence. 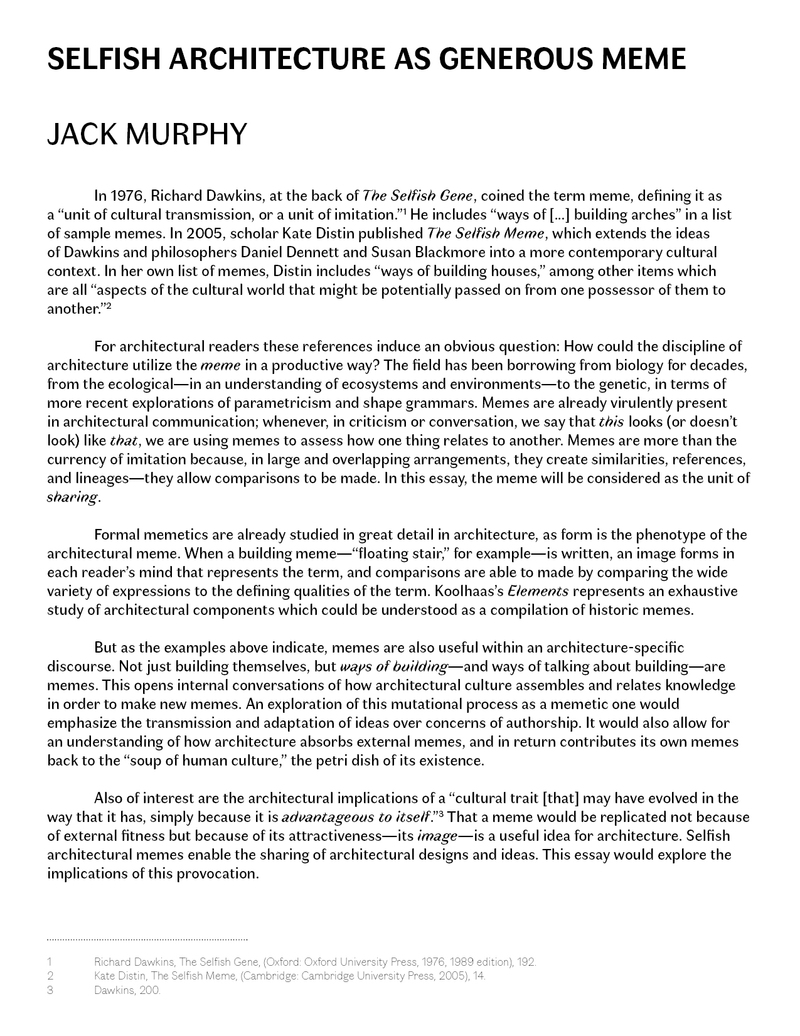 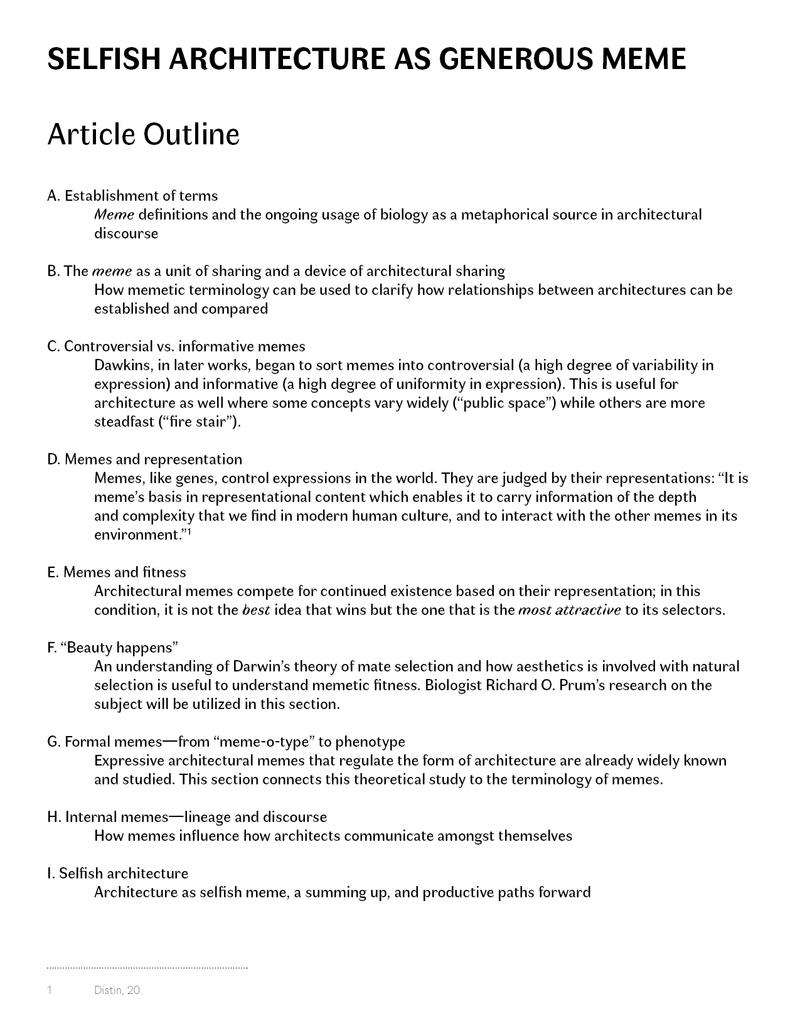 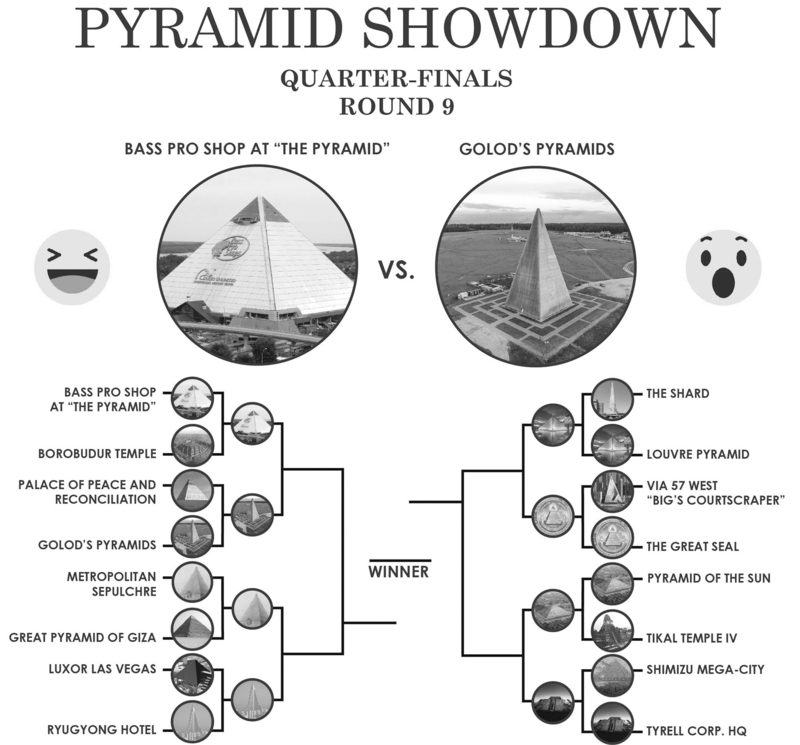