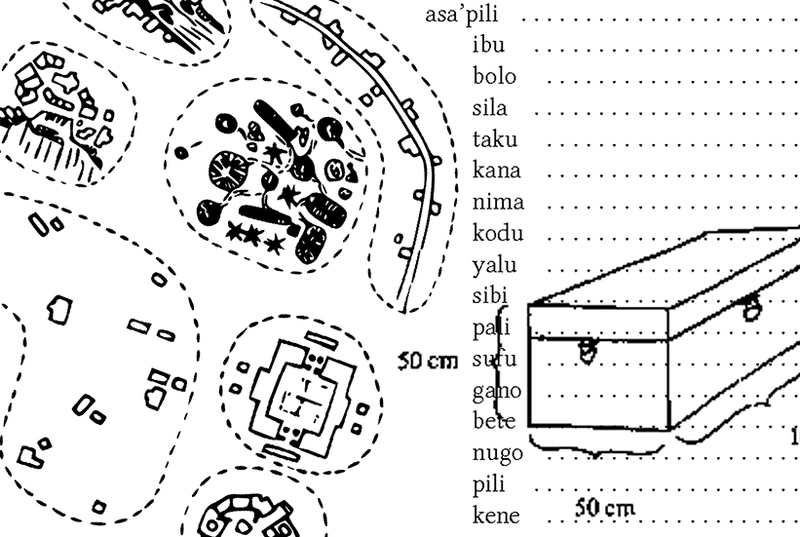 Collage based on Drawings from bolo'bolo

Bolo’bolo depicts a utopian-ecological future in which citizens—the bolos—lead a self-determined and self-sufficient life in autonomous communities. First published in 1983, a time when the rebellious youth spirit that fueled Zurich’s virulent punk and squatter scene was running out of steam, the narrative fiction aimed at capturing insights gained from years of living in squatting communities. Little did the anonymous author know that his anarchist vision would be translated into eight languages and serve as the blueprint for actual co-op housing developments. Far from remaining fiction, today Kraftwerk 1 and 2, as well as Zwicky Süd, comprising 242 sought-after dwellings total, offer tangible housing models for a commons-based life beyond real estate speculation and capitalist consumerism.

The proposed essay will trace the trajectory from Zurich’s squatter movement to the self-initiated development of Kraftwerk 1 and its two satellite off-springs, and all the way to the recent creation of Neustart Schweiz, an umbrella organization aiming at supporting and amplifying commons-based initiatives across Switzerland. Drawing from personal interviews with Hans Widmer (aka. p.m.) the essay explores the unlikely synergies between visions of systemic change and experiences from the messiness of everyday communal living, between radical imagining and grassroots activism. What can we learn from p.m.’s experience about the power of fiction as tool for the bottom-up transformation of cities? What principles seeded by bolo’bolo have proven to be relevant for shaping communities and in turn the spaces they live in? And what does the evolution from bolo’bolo to Neustat Schweiz reveal about the challenges of institutionalization without the loss of emancipatory power?

More broadly, the essay presents an opportunity to frame the tensions and conflicts inherent to practices of sharing from a commons perspective. Commoning here is understood as process of negotiating differences and conflicts between the individual, the community and society; a process that spatially organizes relationships of production and re-production, ownership and access to resources; it is a process that establishes networks of solidarity and redefines individual and collective rights. Accordingly, the essay proposes to analyze bolo’bolo, Kraftwerk1 and Zwicky Süd by focusing on three fields of tensions: Ownership-Access, Production-Reproduction and Rights-Solidarity. How do these cases challenge our understanding of ownership? What strategies are used to decouple exchange value from use value, and thus resist the commodification of housing? How do the new collective forms of working and living tackle the modernist separation of the domestic and productive sphere? How do the housing typologies challenge normative living conventions beyond the nuclear-family and stereotypical gender roles? How do its residents define life in common beyond nostalgic notions of community and the risk of essentializing identity? And how do the governance models balance regulation and solidarity, especially in regard to responsibilities that transgress the housing community in the wake of global ecological and migration crisis?

These and other fundamental questions on practices of commoning are raised by the close reading of bolo’bolo, and its architectural renderings of Kraftwerk1 and Zwicky Süd, whose story spans over three decades of resisting the commodification and standardization of housing.

Stefan Gruber is the Lucian and Rita Caste Assistant Professor and chair of the Master of Urban Design Program at Carnegie Mellon University. Stefan is the co-author of Spaces of Commoning (with Baldauf, Anette et al. Sternberg, 2016), as well as a social fiction The Report (with Ana Dzokic et al. MAK, Museum for Applied Arts Vienna, 2015). Stefan is currently co-curating the travelling exhibition and publication An Atlas of Commoning with ARCH+ and ifa to open in the Summer of 2018 in Berlin.